Christian, 70, Charged with Blasphemy in Pakistan as 106 Muslims Are Acquitted in 2013 Attack Separately, Christian on death row freed on bail. By Our Pakistan Correspondent

LAHORE, Pakistan, February 6, 2017 (Morning Star News) – A 70-year-old Christian in Pakistan was jailed on blasphemy charges on the same day 106 Muslims accused in a 2013 attack on a Christian colony were acquitted. 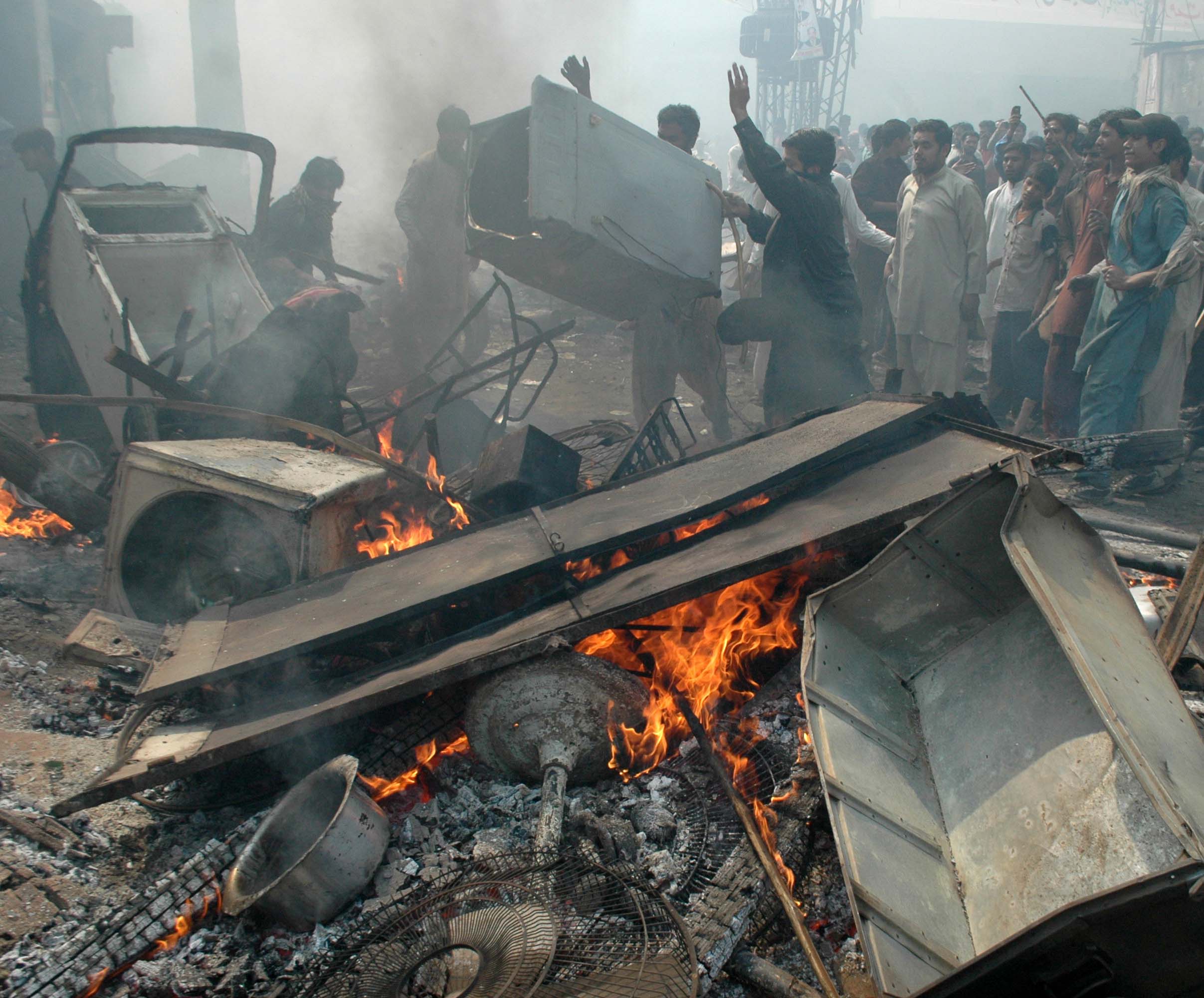 A mosque leader in the Lambanwali area north of Gujranwala, Punjab Province, on Jan. 28 accused Mukhtar Masih of writing two letters containing derogatory remarks about the Koran and Muhammad, the prophet of Islam, police records show. He was charged under Section 295-A, deliberate and malicious acts intending to outrage religious feelings, which carries a sentence of 10 years of prison and/or a fine, and under Section 298, derogatory remarks against “holy personages,” punishable by three years’ imprisonment and/or fine.

“The police took with them Masih, his son, daughter, and three children,” he said. “The family was later released on the intervention of rights outfits, but Masih was detained under blasphemy charges.”

The source said that the charges against Masih were fabricated by local Muslims seeking to seize his property. Pakistan’s blasphemy laws are often used to settle personal scores, and Islamist groups and lawyers advocating the harshest punishments often apply pressure for convictions on police and courts.

Mosque leader Qari Shahbaz Hussain alleges in the First Information Report (FIR No. 49/17) that area residents on Jan. 26 brought to his notice two letters containing the alleged blasphemous comments. He stated that an investigation by a local committee he headed revealed the letters were written by Masih.

Hussain claimed in the FIR that the committee had found Masih guilty and sought his prosecution under blasphemy charges. Hussain and other accusers were unavailable for comment, and Masih’s relatives have gone into hiding and were also unavailable.

The investigating officer refused repeated requests for comment, citing orders from his superiors.

Also on Jan. 28, an Anti-Terrorism Court in Lahore acquitted 106 Muslims accused of a massiveattack on Joseph Colony, sparked by a blasphemy accusation in March 2013, after prosecution witnesses said they did not recognize any of the accused assailants.

More than 80 prosecution witnesses, 63 of them with statements recorded about the attack that destroyed more than 150 homes, said they did not recognize the accused. The 106 suspects, who were released on bail the day they were accused, appeared before judge Muhammad Azam.

On March 9, 2013, thousands of rioters armed with sticks, clubs and stones besieged Joseph Colony and torched the houses in the predominantly Christian neighborhood following allegations of blasphemy against a Christian, Sawan Masih.

The mob also torched three church buildings, several shops and a number of vehicles. Police later arrested both the rioters and the blasphemy suspect, who was charged under Section 295-C of the Pakistan Penal Code (PPC) for derogatory remarks about Muhammad, which mandates the death penalty.

Sawan Masih was sentenced to death on March 28, 2014. His appeal against the conviction is pending in the Lahore High Court.

Witnesses and police said the enraged mob ransacked and burned the entire locality a day after all Christian families left the area, as police apparently had alerted them about the possibility of an attack. The affected people, however, also accused police of doing nothing to stop the attack and plunder.

Blasphemy Suspect Released on Bail
Separately, a Christian facing the death penalty on blasphemy charges was granted bail by the Supreme Court on Wednesday (Feb 1) because of gaps in the investigation of his case, sources said.

Evangelist Adnan Prince had been in prison since Nov. 6, 2013, after he sought to correct misconceptions about Christianity in a Muslim book. He was charged with outraging religious feelings (Section 295-A), defiling the Koran (295-B) and derogatory remarks against Muhammad (295-C) of Pakistan’s widely condemned blasphemy laws. He denied having written anything against Islam or Muhammad when he scribbled in a Muslim book he found in a glassworks shop where his brother worked.

The accused’s lead counsel, Asma Jahangir, indicated that deficiencies in the case against Prince led to his release on bail. She told reporters that there were no direct eyewitnesses, and all forensic evidence failed to link the accused in the case against her client.

“According to guidelines passed by the Supreme Court, a police officer not below the rank of a superintendent should have conducted the probe,” she reportedly said.

Attorney Nadeem Anthony, another member of Prince’s defense team, said that on the court’s directions, Sections 295-A and 295-B have been dropped, and the evangelist is facing only 295-C, punishable by death.

Blasphemy suspects have long been targeted by Islamist vigilantes in Pakistan. At least 65 people, including lawyers, defendants and judges, have been murdered over blasphemy allegations since 1990, according to figures from a Center for Research and Security Studies report and local media.

If you would like to help persecuted Christians, visit http://morningstarnews.org/resources/aid-agencies/for a list of organizations that can orient you on how to get involved.