Journalists, clergymen theatened for speaking out on violence.

By Our Nigeria Correspondent 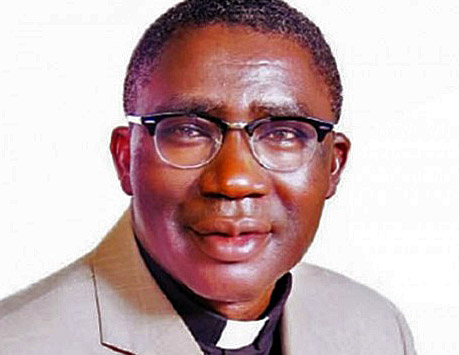 JOS, Nigeria, March 17, 2017 (Morning Star News) – Having warned journalists and Christian leaders to stop speaking out about anti-Christian violence in Nigeria, the government this week also ordered the cancellation of a day of prayer and national mourning for slain Christians, sources said.Christian leaders here said the day of prayer and mourning planned in churches across the country and abroad on Sunday (March 19) in memory of Christians killed by Muslim Fulani herdsmen and others has been suspended on orders of the Nigerian government and security agencies. They said they have been under pressure and threat by government and security officials to cancel the program on claims that it would breach national security.The Rev. Dr. Musa Asake, general secretary of the Christian Association of Nigeria (CAN), said in a statement on Wednesday (March 15) that leaders had no other option than to suspend the program indefinitely.“CAN wishes to inform all Christians, both at home and abroad, that based on credible reports of concern, it has decided to suspend the Christian Day of Mourning formerly scheduled to take place globally on Sunday 19th March, 2017,” Asake said in the statement. “We took cognizance of the preparations that various Christian groups have made to participate in the program, which was designed, in all honesty and sincerity, to mourn the death of thousands of Christians murdered by religious insurgents.”The suspension of the program was due to “misunderstanding, misinterpretation and subsequent security concerns,” he said. “All Nigerian Christian assemblies are urged to have a normal Sunday worship on 19th March, 2017 but suspend any action on the Day of Mourning.”Christians should be careful and watchful, the statement added.“In the meantime, we are all urged to remain steadfast and resolute in the grace of God that Nigeria shall overcome the present distress and peace shall prevail all over the nation,” the statement concluded.Security agencies and the Nigerian government have recently threatened Christian leaders for speaking out against incessant attacks by Muslim Fulani herdsmen on Christian communities in central states such as Benue, Plateau, Kaduna, Nasarawa, and Niger, and by the Islamic extremist Boko Haram group in northeastern Nigeria.Earlier this month CAN President Samson Olasupo Ayokunle told the body’s National Executive Committee the failure of security agencies to arrest and charge the assailants in southern Kaduna has allowed the crisis to continue. He decried that killings have continued despite curfews, police presence and other security agencies in the area.“Recently, a Redeemed Christian Church of God building was burnt down in Dei- Dei, here in Abuja, very early in the morning,” he reportedly said. “What shall we do to these continuous provocations without any visible action by the law enforcement agents?”

On March 6, advocacy group Jubilee Campaign noted at a press conference in Geneva, Switzerland that a rising Fulani militancy has succeeded Boko Haram as the foremost violent threat in Nigeria. At a press conference at the 34th session of the United Nations Human Rights Council, panelists said the alarming increase in militarization in north and central Nigeria has resulted in the death of 4,000 people in the past three years.

“The rising militia is made up of members of the Fulani ethnic tribe. Therefore, they are referred to as the Fulani militants,” Jubilee said in a March 8 statement. “These militants have launched systematic attacks on farming communities that are predominately Christian. During their attacks, they kill villagers, raze homes, and destroy farmland. Many times, they then move in to occupy the attacked village.”

Mark Jacob, former attorney general of Kaduna state, said at the event that Nigeria needed outside help because the government has proven unwilling to protect its citizens.

“We keep complaining, the government appears to be uninterested in what we are saying, and that is why one of the reasons we are here is to ask for intervention,” Jacob said.