A lobby group which campaigns against Islamophobia and the government’s Prevent anti-extremism program has appointed a director who critics claim is himself a proven extremist.

Azad Ali has been appointed to lead the Muslim Engagement and Development (MEND) organization, which lobbies MPs, the police, councils, teachers, and related groups on anti-Muslim prejudice.

Ali lost a libel case brought against the Mail newspapers in 2010. He had objected to being branded what he termed “a hardline Islamic extremist who supports the killing of British and American soldiers in Iraq by fellow Muslims as justified.” 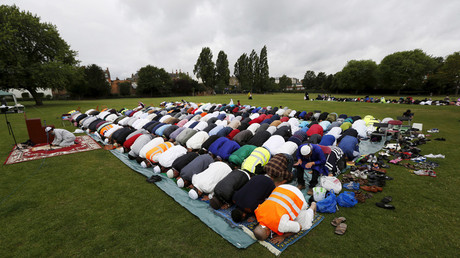 British Muslims take fight against extremism into their own hands

An investigation by the Times newspaper published on Monday, which centered on the potential influence Ali might wield as head of MEND, has led to a number of new claims against him and the group.

Among them is the claim that Labour MP Yasmin Qureshi accepted a £5,000 ($6,200) donation from MEND’s founder, Bolton businessman Sufyan Ismail, without identifying him as a donor.

The report also claims that three charities are being investigated by the Charity Commission for funding MEND events which featured speakers alleged to have held extreme views.

Additionally, the Times investigation says that MEND targeted the National Society for the Prevention of Cruelty to Children (NSPCC) via social media after the society set up a hotline for parents worried that their children are at risk of becoming involved in violent extremism.

Azad Ali was criticized for his response to the March 22 Westminster attack.

In a Facebook post, he denied it had been an act of terrorism, insisting that it was “an incident we now know to be a lone wolf act.”

His legal representatives Carter-Ruck law firm have since said their client was referring to the meaning of terrorism as an organized attack by established groups.

They said that their client thought the Westminster attack, in which five people including the attacker Khalid Masood and a police officer died, was barbarous and unjustifiable.

Ali has always denied being an extremist.