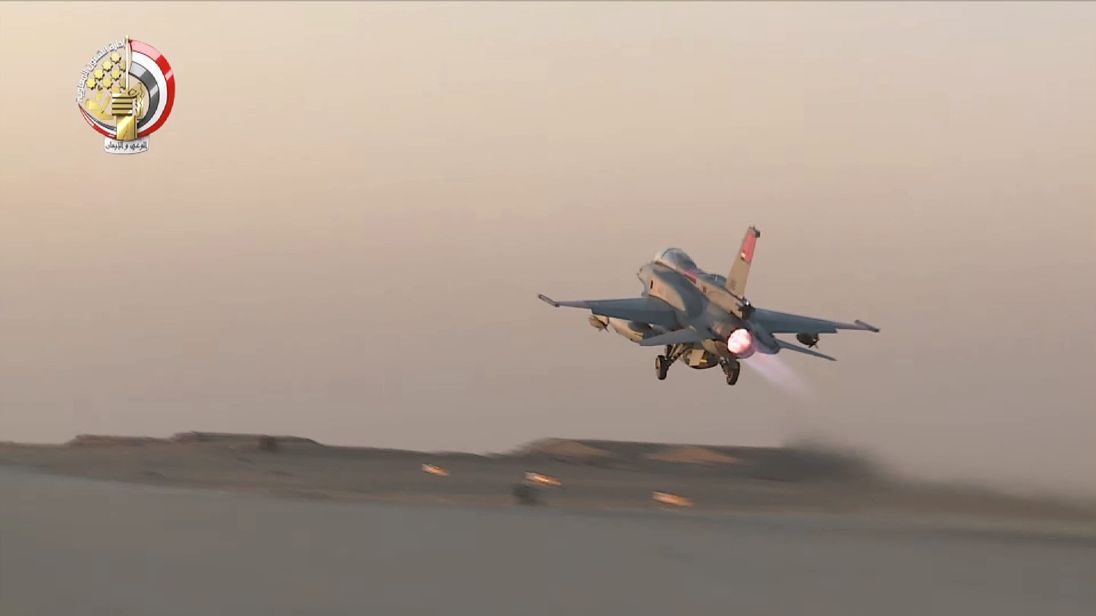 Egyptian forces on Friday launched air strikes on six jihadist training camps in Libya in retaliation for an attack on Coptic Christians in Egypt earlier in the day in which at least 28 people were killed, many of them children.

In a televised address to Egypt's people, President Abdel Fattah al-Sisi said: "Before we spoke to you today, we launched a strike against one of the camps" where jihadists train.

"Egypt will not hesitate in striking terror camps anywhere, either inside (the country) or outside it," Sisi added. According to state TV, a total of six targets were hit.

The Egyptian leader did not specify where in Libya his forces struck, but military sources cited by the Reuters news agency said the strikes were carried out near Derna, where Cairo believes militants responsible for Friday’s deadly attack were trained.

In February 2015, Egypt carried out air strikes against the Islamic State (IS) group in neighbouring Libya after a graphic video was released showing the beheading there of 21 Christians, almost all Egyptian Copts.

Earlier this month Egypt's air force destroyed 15 vehicles carrying weapons and ammunition after they illegally entered the country from Libya.

"We will protect our people and Egypt's national security from evil," Sisi said in his address.

He also addressed US President Donald Trump, saying: "You have said that your priority is to confront terrorism, and I trust you are capable of doing that."

Trump has condemned the attack, calling it the work of “evil organisations of terror” and the result of “thuggish ideology”.

Masked men in three pick-up trucks attacked a bus carrying Coptic Christians on a visit to a monastery south of the Egyptian capital earlier on Friday, killing at least 28 people, including children.

No group immediately claimed responsibility for the attack, which came on the eve of the holy Muslim month of Ramadan. Egypt has been fighting Islamic State group-linked militants who have waged an insurgency, mainly focused in the volatile north of the Sinai Peninsula but there have also been attacks on the mainland.

Egypt has seen a wave of attacks on its Christians, including twin suicide bombings in April and another attack in December on a Cairo church that left over 75 people dead and scores wounded. The IS group in Egypt claimed responsibility and vowed more attacks.