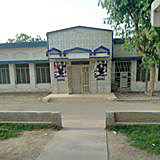 LAHORE, Pakistan, June 27, 2017 (Morning Star News) – Hospital officials are trying to pressure family members of a Christian who died from lack of treatment to drop charges against them by ordering their arrest, sources said.

A court in Pakistan has ordered police to register a case against family members and colleagues of Christian sanitation worker Irfan Masih, who died on June 1 after doctors declined to provide him timely medical care, they said.

Kumbhar later filed a court request directing police to arrest those named in the FIR, mostly sanitation workers along with Masih’s relatives.

“The police have registered a case under the court’s order, but we have not arrested any of the named persons because we believe that the hospital is making frivolous accusation against these people,” Bajwa said.

He said he would ensure that the victim’s family receives justice.

“The hospital is ostensibly trying to pressure the family to withdraw their case by getting a FIR registered against them, but we hope that the court will admit the police’s investigation report and dismiss the FIR,” he said.

A cousin of Irfan Masih who also works as a sanitary worker, Pervaiz Masih, is among the 16 people named in the case.

“The hospital has levied a false charge against us in order to save themselves,” Pervaiz Masih told Morning Star News. “The doctors were responsible for Irfan’s death, because he would have been alive today had they not refused to treat him immediately. Our outburst against the doctors was natural, but we did not damage or steal anything from the hospital. It is a lie, and even the police know it.”

Senior Superintendent of Police Bajwa said he was present when the accused were protesting against hospital administrators and later blocked a highway.

“Although blocking highways is also a crime, I told my force to let them continue with their protest as they had lost a loved one,” he said. “The hospital administration had also tried to influence us to use force against the protestors when they inadvertently broke some glass at the hospital, but the situation did not call for excessive police action.”

Kumbhar claims in the FIR that Masih was already dead when he was brought to the hospital and that doctors saved other patients’ lives. The FIR alleges that around 150 people attacked the hospital when Masih was pronounced dead, and that the hospital suffered damages to furniture and medical equipment amounting to 500,000 rupees (US$4,725), Bajwa said.

Bajwa said that the medical superintendent’s accusations reeked of mala fide and that he hoped the FIR would be dismissed as contrary to facts.

The senior police official said his investigators team would submit its report to the court this week.

Pervaiz Masih said that three municipal committee employees named in connection with the death of Irfan Masih – Behari Lal Malhi, Sarwan Malhi and Khalid Khoso – had obtained bail and were back performing their official duties.

“These men were responsible for providing safety gear to Irfan and the other sanitary staff, but they forced them to go clean the sewage line without the equipment,” he said. “They are now trying to get their names removed from the FIR, but Irfan’s father says he will not withdraw the case.”

Pervaiz Masih said he was the one who took Irfan Masih to the hospital the day of the incident, June 1.

“I was heading to work when I was informed about the incident,” he said. “I rushed to the scene and saw that some passersby had already pulled out Shaukat Masih from the manhole. I then helped them bring out Yaqoob and Irfan. Irfan was breathing, sometimes choking a bit. I carried him on my shoulder and started running towards the Civil Hospital when a rickshaw pulled over to help me carry him.”

His cousin was alive when he reached the hospital, he said.

“I kept pleading with the doctor on duty, Yusuf, to begin Irfan’s treatment, but he refused, saying he was fasting and that his Roza [fast] would get makroo [invalid] if he touched the filth-covered body of the sanitary worker,” he said.

He added that two other doctors, including the medical superintendent, also refused to touch Irfan Masih’s body until it was cleaned.

“Irfan was alive for over half an hour,” he said. “He was breathing all this while, but the doctors lost precious time by refusing to treat him. They are responsible for his death on the hospital bed.”

Report Clears Hospital Workers
Police had arrested all those named in connection with the death of Irfan Masih, and they have been released on bail, Bajwa said.

He said they are cooperating in the investigation.

An inquiry ordered by the Sindh provincial health director general has reportedly cleared the hospital’s staff from allegations of criminal negligence in the case. The inquiry officials – Dr. Umer Kaka and Dr. Hemraj Rathi – reiterated the local doctors’ claim that Irfan Masih was dead when he was brought to the hospital. Their report states that the lives of the other two workers were saved by providing them timely medical treatment.

The report blames the municipal committee for not providing safety gear to the sanitary workers cleaning the manhole on a hot summer day.

Based on a complaint by Irfan Masih’s father, Nazeer Masih, Umerkot Police registered a case on June 2 against Kumbhar, a medical officer identified only as Yusuf and duty doctor Allahdad Rathore, and three employees of the Umerkot Municipal Committee – Sanitation Inspector Behari Lal, Khalid Khoso and Sarwan Malhi.

The doctors are accused of criminal negligence and manslaughter under sections 319 and 34 of the Pakistan Penal Code, for allegedly refusing Irfan Masih treatment.

Though Christians account for 90 percent of sewage workers and an even high percentage of sweepers, they make up only 2.45 percent of Pakistan’s population, which is more than 95 percent Muslim, according to Operation World