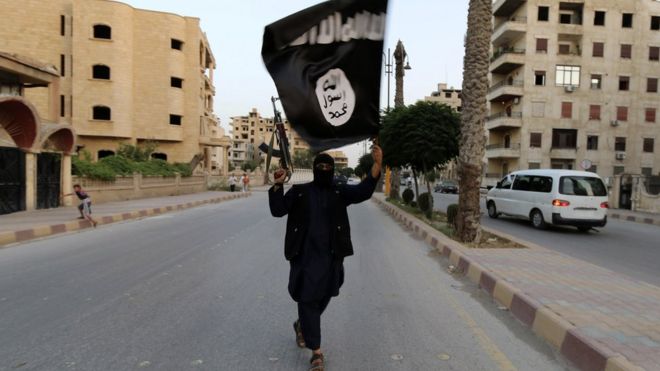 Saudi Arabia is the chief foreign promoter of Islamist extremism in the UK, a new report has claimed.

The Henry Jackson Society said there was a "clear and growing link" between Islamist organisations in receipt of overseas funds, hate preachers and Jihadist groups promoting violence.

The foreign affairs think tank called for a public inquiry into the role of Saudi Arabia and other Gulf nations.

Meanwhile, ministers are under pressure to publish their own report on UK-based Islamist groups.

The Home Office report into the existence and influence of Jihadist organisations, commissioned by former Prime Minister David Cameron in 2015, has reportedly yet to be completed amid questions as to whether it will ever be published.

Critics have suggested it could make uncomfortable reading for the government, which has close and longstanding diplomatic, security and economic links with the Gulf, particularly Saudi Arabia.

BBC security correspondent Frank Gardner said he understood the report was "largely finished and sitting on Theresa May's desk", but there was probably a reluctance to publish it because of "embarrassing" content.

Wednesday's report by the right-of-centre think tank says a number of Gulf nations, as well as Iran, are providing financial support to mosques and Islamic educational institutions which have played host to extremist preachers and been linked to the spread of extremist material.

At the top of the list, the report claims, is Saudi Arabia, the UK's closest ally in the Middle East and biggest trading partner.

It alleges individuals and foundations have been heavily involved in exporting what it calls "an illiberal, bigoted Wahhabi ideology", quoting a number of examples.

In a minority of cases, the report alleges institutions in the UK that receive Saudi funding are run directly from Saudi Arabia, although in most instances the money appears to "simply buy foreign donors' influence".

In a statement, the Saudi embassy in London said any accusations that the kingdom had radicalised "a small number of individuals are baseless and lack credible evidence".

And it pointed out that the country has itself been subject to numerous attacks by al-Qaeda and so-called Islamic State.

It added: "We do not and will not condone the actions or ideology of violent extremism and we will not rest until these deviants and their organisations are destroyed."

The Home Office said it was determined to cut off the funding of extremism but it declined to comment on the think tank's report. 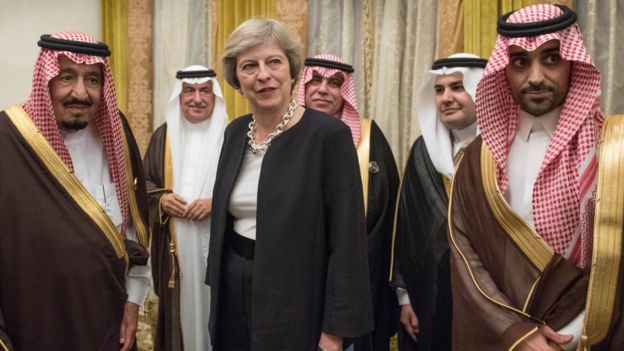 The BBC's Frank Gardner said the report's release comes at a sensitive time with Saudi Arabia, the UAE, Bahrain and Egypt all accusing Qatar of supporting extremism - a charge the report says is hypocritical.

Arab foreign ministers are meeting in Cairo on Wednesday to discuss possible further sanctions on Qatar, while the Qatari foreign minister will be making his own country's case at a press conference in London.

Endorsing the report, Labour MP Dan Jarvis said it shed light on "very worrying" links between Saudi Arabia and the funding of extremism and he called for the government to release its report on foreign funding.

"In the wake of the terrible and tragic terrorist attacks we have seen this year, it is vital that we use every tool at our disposal to protect our communities," he said.

"This includes identifying the networks that promote and support extremism and shutting down the financial networks that fund it."

He said the proposed Commission for Countering Extremism, a new body intended to expose examples of extremism in civil society, should make the foreign funding of UK institutions a priority.

Prime Minister Theresa May, who visited Saudi Arabia in April, has insisted the UK's historic relationship with the desert kingdom is important for British security and trade.

Labour leader Jeremy Corbyn has called for the immediate suspension of UK arms exports to Saudi Arabia because of its human rights record and involvement in military action in Yemen.