In Friday's incident, at Parsons Green station, an improvised device exploded as a train arrived during the morning rush hour, injuring 30 passengers.

"(The second man) was arrested under section 41 of the Terrorism Act and taken to a south London police station where he remains in custody," police said in a statement Sunday.

A search is taking place at a property in Stanwell, Surrey, in connection with this arrest, police added.

The arrests are part of a major manhunt for the perpetrators of Friday's attack. Police had previously arrested an 18-year-old suspect in the departure area of the port of Dover on Saturday. Dover is major port town about 80 miles southeast of London.

The teen was taken into custody "on suspicion of being concerned in the commission, preparation or instigation of acts of terrorism," authorities said.

Meanwhile police were still searching a residential address west of London in Sunbury-on-Thames, Surrey, on Sunday, with residents from surrounding buildings evacuated as a "precautionary measure." 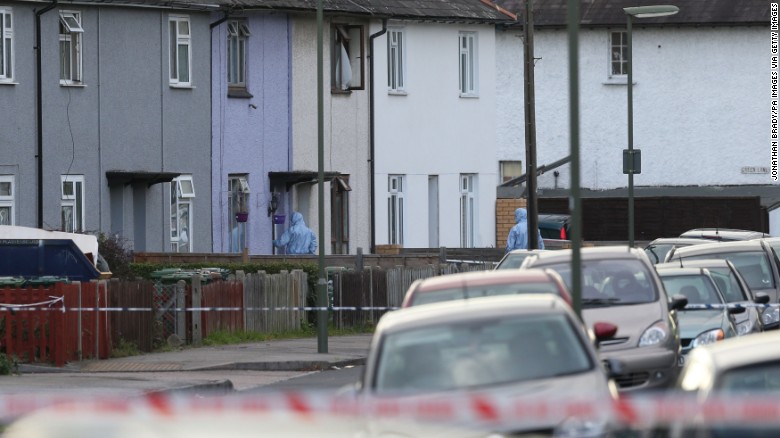 Forensic officers take part in an operation in Sunbury-on-Thames, Surrey, as part of the investigation into the Parsons Green bombing on Saturday.

Officers were seen entering and exiting a lilac-painted property on Cavendish Road, which had been cordoned off.

Reporters at the scene attracted attention from residents, some of whom said they would be surprised if anyone in Sunbury was connected with the bombing.

The house is believed to be owned by an elderly couple known for fostering hundreds of children -- including refugees -- and who were honored by the Queen for their work with MBE (Member of the British Empire) medals in 2010, according to reports widely circulated in British media on Sunday. London's Metropolitan Police has not confirmed those reports. 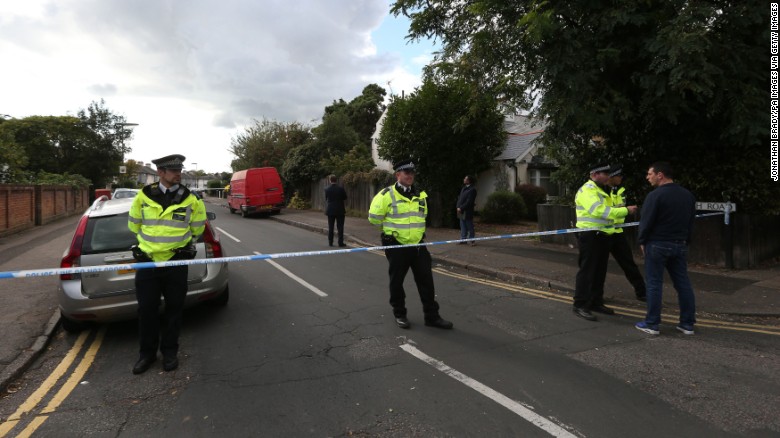 Officers stand guard at the perimeter of a police cordon in Sunbury on Saturday.

The UK's terror threat level was downgraded from "critical" back to "severe" on Sunday, the country's Home Secretary Amber Rudd said in a televised statement.

A Home Office spokesperson also told CNN that the threat level had been lowered.

London's Metropolitan Police said in a statement that the "high pace and rapid progress" of the investigation is continuing and that although it is not complete, that progress has allowed the Joint Terrorism Analysis Center -- the independent body that assesses threat -- "to come to the judgment that an attack is no longer imminent." 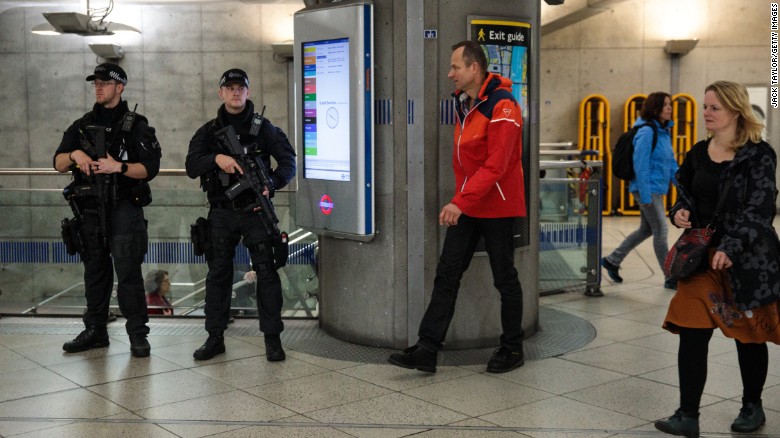 "Members of the public will be wondering what that means in terms of their travel into work tomorrow. For practical and precautionary reasons we made the decision that the increased resources will continue for the beginning of this week," Rowley added, "So the public will still see that high level of policing presence; some armed, some unarmed." 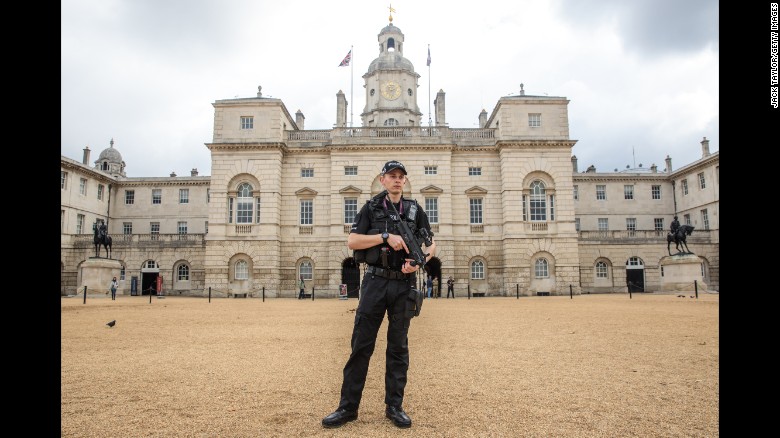 An increased police presence was noticeable in the British capital over the weekend.

Rudd had earlier commented on the continuing investigation, telling the BBC's "The Andrew Marr Show" that a second arrest suggested the bombing at Parsons Green was not a lone wolf attack before quickly adding "but it's too early to reach any final conclusions on that."

Shortly after the explosion, ISIS claimed involvement via its Amaq News Agency.

But when asked if ISIS may have had a hand in the attack, Rudd said: "It is inevitable that so-called Islamic State or Daesh will reach in and try and claim responsibility. We have no evidence to suggest that yet." 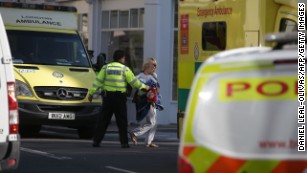 Rudd said the government is releasing an additional £24 million ($32.6 million) for counterterrorism operations around the country, "particularly to support operations where they are protecting people in public places."

In London, an increased number of police officers could be seen patrolling the streets over the weekend, particularly around "crowded places, iconic sites, transport hubs and ports," police said in a statement. 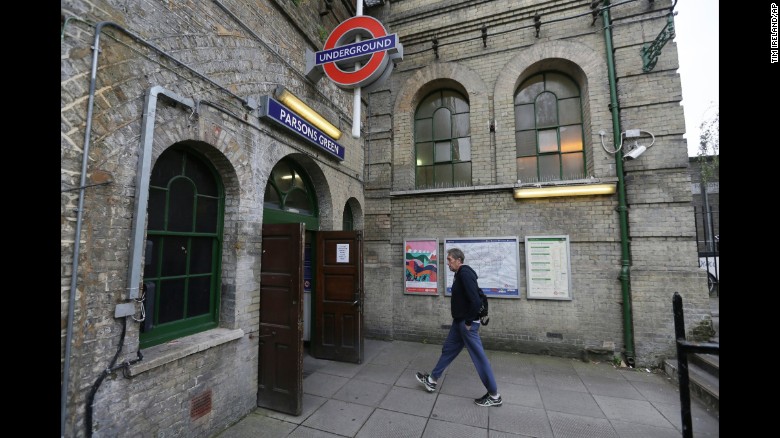 A man walks into Parsons Green subway station after it was reopened following Friday's terror attack.

Detectives had spoken to 100 witnesses by Saturday afternoon and are continuing to comb through hours of CCTV footage as well as videos and photographs sent by the public, Neil Basu, the senior national coordinator for counterterrorism policing, said in a statement.

"The public's help remains crucial, and I urge anyone with information, no matter how significant they think it is, to continue letting us know," he said.