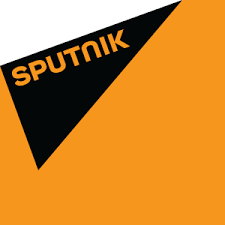 My Salafist Life: Former Islamist Gives Inside Story on Radicalism in Germany

Salafists hold Western society in contempt and accuse it of consisting of "pornography, naturist and swingers clubs;" their recruitment techniques are becoming more and more sophisticated, former German Salafist Dominic Schmitz, author of a book on life as a German Islamist, told Sputnik Deutschland.

The ranks of Salafists in Germany have swollen in recent years as an increasing number of young Germans turn to radical Islam. The Bundesamt fuer Verfassungsschutz (BfV), Germany's domestic intelligence service, is aware of 10,300 Salafists; in 2011 the authorities were aware of 3,800 Salafist followers.

Dominic Schmitz is one such person. He turned to radical Islam in the early 2000s, when he was 17 years old. He has now left the organization and written a book about his experiences called "I was a Salafist" (Ich war ein Salafist).

© SPUTNIK/ M. JOPPA
Dominic Schmitz of the cover of his book, which has the subtitle "My time in the Islamist parallel world"

Schmitz says that he entered the world of Salafism in search of answers to some of life's difficult questions, about justice and the meaning of life. At the time, he "really did not realize that this was such a drastic step."

"Step by step, as I got to know the 'brothers' in the mosque, I started to become part of a group of Salafists. Of course, the feeling of brotherhood and community was also very appealing to me. It gave me support in life and someone to tell me what's right and what's wrong."

Schmitz quickly started associating with some well-known German Islamists, including the preacher Sven Lau, who was sentenced in July to five and a half years in prison for supporting Daesh, and the Salafist preacher and former boxer Pierre Vogel. 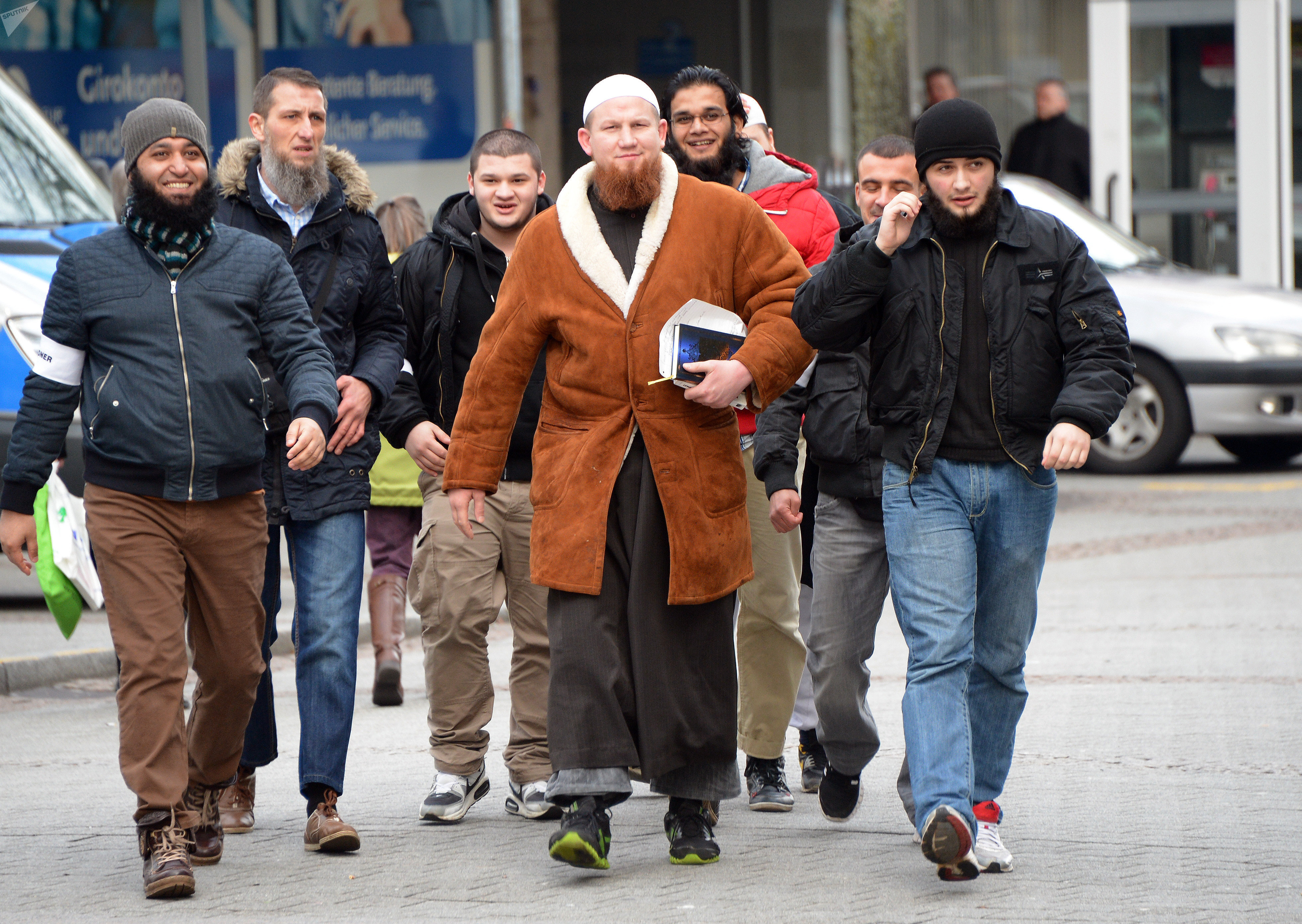 "In extremism, you can work your way up quite quickly. If you are particularly active, make a big effort and support the goals of the group, of course you can rub shoulders with a lot of people. That's exactly what young people want: to be valued, loved, to work in a certain hierarchy. Above all if in they weren't exactly the best in 'normal life' or in school."

Schmitz says that Salafists are "contemptuous" of German society. They make some common accusations about the West, that "there is only immorality, no shame, all marriages end in divorce, there is only pornography, naturist and swingers clubs. From their point of view, there is nothing good in the West, apart from perhaps the traffic system."

There are different ways of thinking and political directions within Salafism, although their vision for a perfect society is more or less the same and requires society to "subordinate to God's law, that is, Sharia." 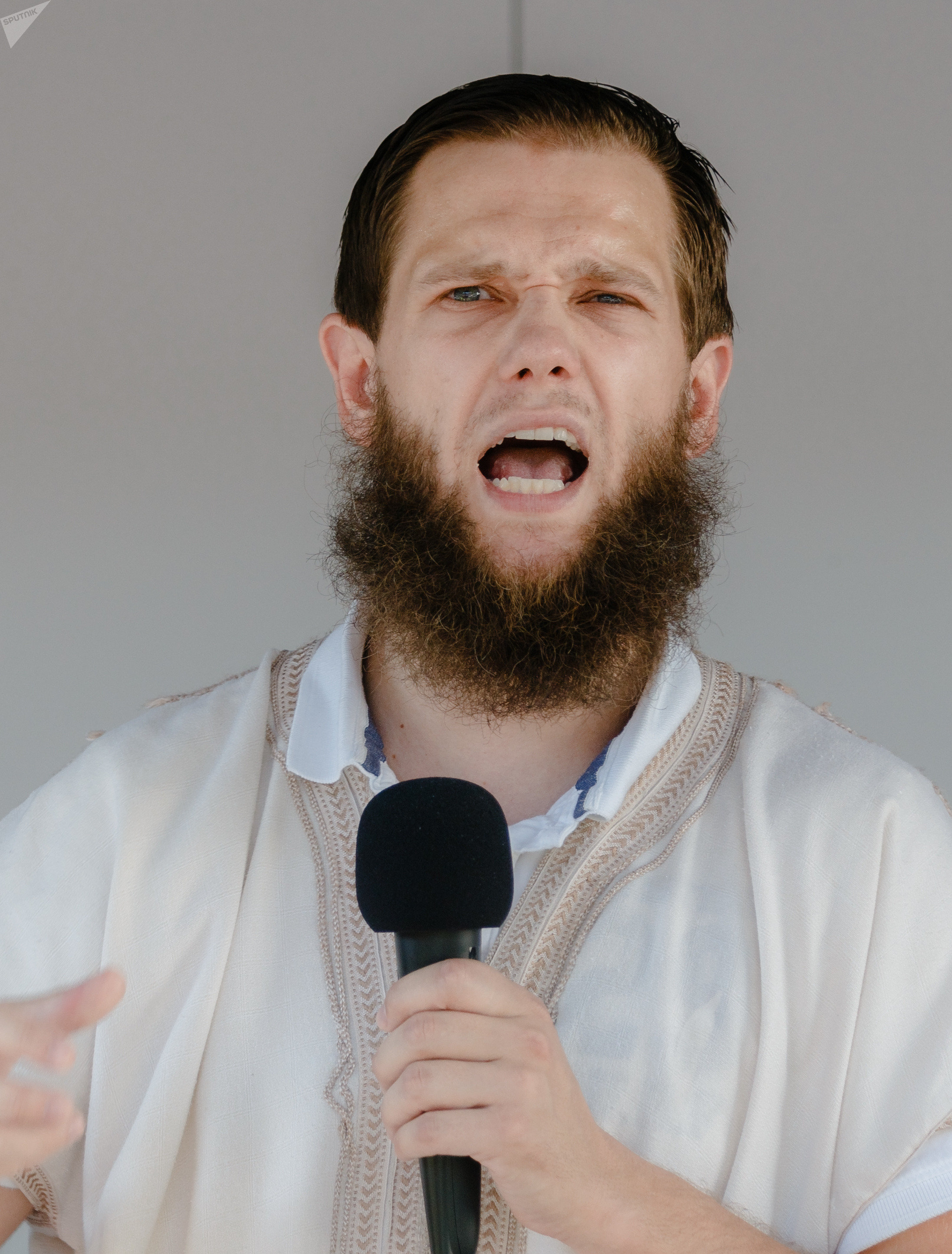 In 2014, Sven Lau and his followers launched a self-styled "Sharia police" patrol in the town of Wuppertal, North Rhine-Westphalia. Schmitz described it as "a kind of advertising by Sven Lau," who wanted to "polarize society and get online clicks and media attention" by donning an orange safety vest with the slogan 'Sharia Police.'

Asked how Salafist "propaganda" works, Schmitz replied that he was not motivated by militarism, but wanted to proselytize.

"I associate the word 'propaganda' with something militant, but that was not really my motivation. Our main concern was to proselytize, just like Jehovah's Witnesses do, without any militant dimension. We did not want to gain any members in order to send them into battle – at least, I never did. But of course, we were convinced of our worldview and interpretation of religion."

© AP PHOTO/ JOHN MACDOUGALL
Supporters of the Salafist group "House of the Quran" (Haus vom Karan) give out Korans at Potsdamer Plarz in Berlin on April 14, 2012. The banner reads: "Read! in the name of your Lord"

"Salafists imagine a kind of snowball system: when I recruit someone, all the good deeds that this person will ever do in his life are credited to my account of good deeds. This was done in very different ways. It began with approaching people in the city, in my case in the center of Moenchengladbach. You gave out flyers or you stood with a table somewhere and distributed books."

Internet platforms such as YouTube, Facebook and Telegram are also popular mediums for Islamist recruiters, he explained.

"In the beginning, the videos were extremely badly produced, but at some point we analyzed what works the best, what people look at and for how long. Then we developed strategies for how best to reach people and keep them entertained."

The German federal government "attaches great importance to the topics of prevention and de-radicalization," and in 2012 set up an advisory body to "counter the challenges in the field of Islamism and Salafism," Thomas Ritter, spokesman for Germany's Federal Office for Migration and Refugees (BAMF) told Sputnik.

The advisory body, which has an annual budget of €650,000 ($764,000), has a hotline which is the first port of call for relatives and acquaintances of people who may be radicalized. Their concerns are relayed to the appropriate state bodies and civil organizations.

"More than 3,600 calls have been received since the advisory body was set up. This resulted in more than 950 consultations, which were passed on to cooperation partners in civil society organizations for further action," Ritter said.

© AFP 2017/ DPA/ AXEL HEIMKEN
Devotees follow a speech by the head of the Ahmadiyya Muslim Jamaat Community at the Bait-ul-Rasheed Mosque in Hamburg, northern Germany on December 5, 2012

Schmitz says that in recent years, projects to prevent radicalization have had some success.

"Mistakes were certainly made, but now I think a lot of good things are being done. However, there are some projects which don't really do anything, they are just there so people can say that something is being done!"

"But a lot has changed for the better over the past two or three years. There are a lot of good projects in schools, for example projects aimed at dropouts and de-radicalization projects. There are also prevention projects which I value highly," Schmitz remarked.