Saudi Arabian girl, 18, barricaded in Bangkok hotel claiming she can’t go home because parents will KILL her for renouncing Islam

By Neal Baker and Aletha Adu 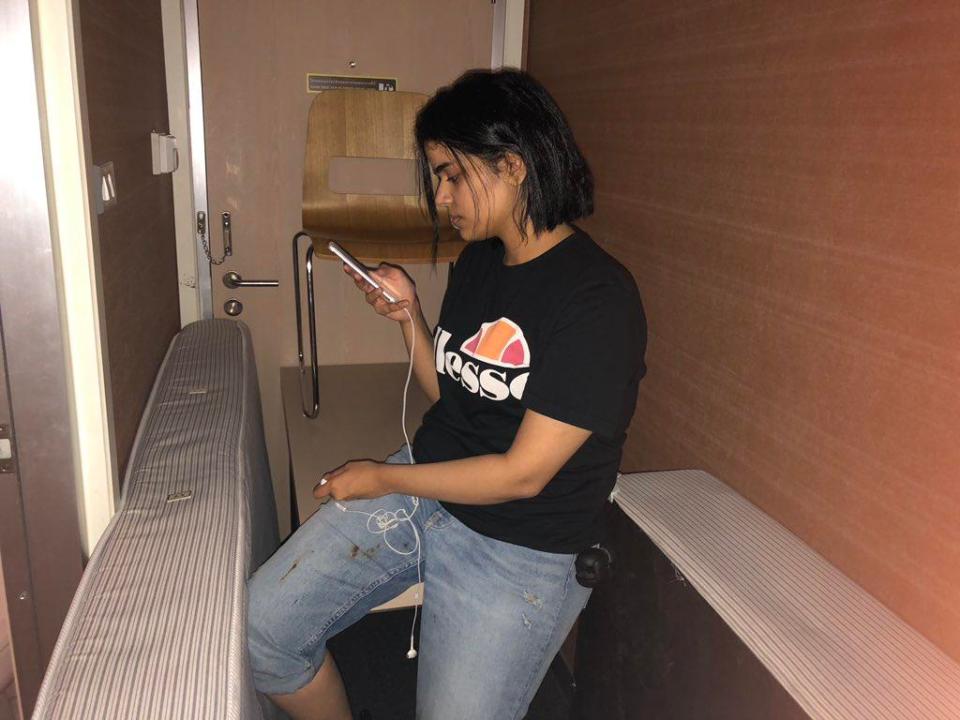 A SAUDI Arabian teen has barricaded in her Bangkok hotel and claims she can't go back to the desert kingdom because her parents will kill her for renouncing Islam.

Rahaf Mohammed al-Qunun, 18, ran away from her family while they were on a trip to Kuwait three days ago.

She tried to flee to Australia via Bangkok in hope of seeking asylum - but she was chased by Saudi officials who seized her passport.

Rahaf said she was detained after leaving her plane in Bangkok and told she would be sent back to Kuwait.

The teenager was scheduled to be sent back on Kuwait Airways flight 412 leaving at 11:15am local time (0415 GMT) - but today remains locked in her suite.

She told news service Reuters last night: "My brothers and family and the Saudi embassy will be waiting for me in Kuwait.

"They will kill me. My life is in danger. My family threatens to kill me for the most trivial things."

A video showed her in the Thai airport's Miracle Transit Hotel apparently being ushered by security - while another recorded her begging for asylum. 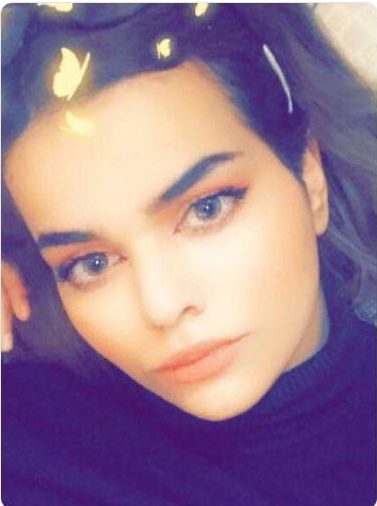 Her latest Twitter updates - which include several heartfelt pleas for asylum in the UK and elsewhere - suggest she is holed up in her hotel room as officials try to extract her.

Explaining her fear in a series of now-viral tweets, Rahaf said: "My family is strict and locked me in a room for six months just for cutting my hair.

"I'm sure 100 per cent they will kill me as soon as I get out of the Saudi jail," adding she is "scared and losing hope".

Her passport was taken after a relative is said to have reported her for travelling without the company of a male guardian.

She added: "I have been threatened by several staff from the Saudi embassy and the Kuwaiti airlines, and they said, 'If you run, we will find you and kidnap you, then deal with you'.

"I really don't know how they are going to behave in case I run."

Rahaf also shared a tweet that she claimed was from her cousin in which she is threatened with being "slaughtered".

Her father, a government official, contacted Saudi officials in Thailand asking for their "help" in getting her back - but Rahaf claims he told them she was mentally ill.

Thailand officials said she will today be deported to Saudi Arabia - where renouncing Islam is punishable by death.

Thailand's immigration chief Surachate Hakparn said: "Rahaf Mohammed M Alqunun ran away from her family to avoid marriage and she is concerned she may be in trouble returning to Saudi Arabia," before adding, "It's a family problem".

Gen Surachate told the BBC he was unaware of any passport seizure.

Rahaf has denied that she ran away from home to avoid getting married - and claimed she was tricked into handing over her passport by airport security working on behalf of the Saudis.

Thai immigration authorities denied Qunun's allegations they were acting at the behest of the Saudi government.

Officials said she was refused entry to Thailand on Saturday night because she did not have the proper documents for a visa on arrival.

A representative from the Saudi embassy in Thailand said there was no one available to comment.

New York-based Human Rights Watch said Thailand should not send Qunun back to her family because she is an adult who faces danger.

Michael Page, deputy Middle East director, said: "Thai authorities should immediately halt any deportation, and either allow her to continue her travel to Australia or permit her to remain in Thailand to seek protection as a refugee."

Rahaf said she had obtained an Australian visa and booked a flight.

She said she planned to spend a few days in Thailand, a popular destination for medical treatment, so she would not spark suspicion when she left Kuwait.

She said: "When I landed at the airport, someone came and said he would process the (Thai) visa but he took my passport.

"He came back with what seemed to be airport security and said that my parents objected and said I must return to Saudi Arabia via Kuwait Airways."

Rahaf added she believed she was stopped after her family appealed to Kuwait Airways.

A spokesman for Kuwait Airways said he had no information about the case.

"She wants to seek asylum, currently being kept at #Bangkok airport hotel by representatives of #SaudiArabia embassy. #FreeRahaf."

Rahaf's situation has chilling echoes of Princess Latifa of Dubai's ordeal which saw the Gulf state royal who vanished in mysterious circumstances in March amid reports that she was seized by commandos as she crossed the Indian Ocean on a yacht.

She was said to have fled the emirate on a boat skippered by a former French intelligence officer named Hervé Jaubert.

During the escape she was accompanied by her close friend, a Finnish martial arts instructor, Tiina Jauhiainen.

Nothing was heard from the princess until Irish politician Mary Robinson was pictured visiting Latifa in Dubai in December.

In an interview with the BBC 12 days after the visit, Robinson said the princess was a "troubled young woman" who is receiving psychiatric care.

In one of her last tweets, Rahaf said: "I have been detained in an airport hotel.

"I will be forcibly repatriated tomorrow to Kuwait and then Saudi.

"There is an airport person who constantly follows me.