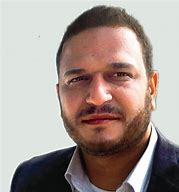 A prominent Coptic Christian human rights activists has had his detention extended by a further 45 days by the Egyptian authorities.

Rami Kamil was arrested on 23rd November 2019 after police raided his home in the early hours of the morning. He is known for founding the Maspero Youth Union following the brutal Maspero Massacre in which 27 Christians were killed by the Egyptian military. Following his arrest, it is thought that Kamil was subject to intimdation and relentless questioning. He was subsequently accused of joining a terrorist organisation, receiving foreign funding, disturbing public order, inciting the public against the state, and using social media to incite sectarian tensions between Muslims and Christians.

Sources say that the authorities have demanded that Kamil stop writing about violations of freedom of religion or belief if he is to be released from custody. Mr Kamil is currently being held in Tora Prison in Cairo, which has garnered a terrible reputation for overcrowded and unsatisfactory conditions. In addition, with the increasing risk of covid-19 spreading through Egypt's prison system, there are concerns for Kamil's health, as he suffers from severe asthma.

According to Christian Solidarity Worldwide (CSW), Kamil's detention has been extended multiple times and the security services have been targeting his friends, lawyers and supporters with threats and harassment.

CSW's Chief Executive Mervyn Thomas said: “CSW is deeply disappointed by news that Mr Kamil’s detention has been extended once again. The charges levelled against him are excessive and his detention lacks transparency. We urge the Egyptian authorities to immediately and unconditionally release Mr Kamil, and all others who are currently detained on charges relating to their peaceful defence of human rights.

"We also call upon the Egyptian administration to accelerate efforts to reform and improve the situation of freedom of religion or belief in the country, and to offset the spread of COVID-19 by releasing vulnerable, non-violent and low-risk prisoners from pre-trial detention.”

We thank you for Rami Kamil's desire to advocate for human rights.

Draw near to him by your spirit, and strengthen his resolve, we pray.

Father, we pray for your protection over all those who are persecuted for their faith.