EGYPT between the Rock and the Hard Place. 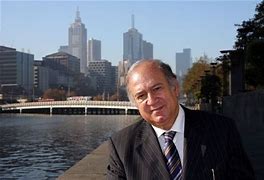 While the older one, is the spine of our glory, the second is the core of our Nostalgia. The two Egypts, in reality and as historic memories, have been significantly eroded over the past five decades since the late President Anwar el Sadat declared that he is a Muslim President of a Muslim Country.

Effective 1979, Sadat, jointly with his friend Kamal Adham (the director of the Saudi Intelligence) launched the wave of Islamizing the Egyptian society. A wave that led to what happened in Cairo on 6th October, 1981 (i.e. the assassination of the Muslim President by a group of Islamists) and meanwhile to a drastic change in the Egyptian collective mindset : from Mediterranean to Islamic). A change that spread in Egypt like a wild cancer tumor during the 30-year-Presidency of the semi-educated Mubarak (1981-2011).

After the bitter and humiliating experience of the MBs rule, from mid 2012 to mid 2013), Egypt is today the only country that was saved from the destructive-faith of Obama-Arab-Spring nightmare (Syria, Yemen & Libya). However, Egypt that has been successfully tackling many of the problems of its hardware, is not doing the same with the source of its number one enemy, i.e. the atavistic religious education that produced over the past five decades hundreds of thousands of Osama bin Laden and Abu Bakr al Baghdady.

Is that lack of confrontation with the power of darkness because of a lack of vision or because it is not seen by SOMEONE as a current priority ? I claim, that many things point out at the second. Which I understand, but at the same time consider it to be a wrong judgment and may lead Egypt to very negative consequences.