Secularism and Religion in the Arab Region. 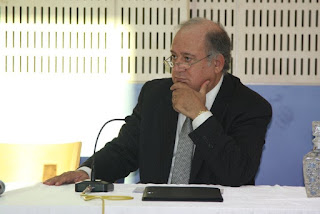 The struggle of Arab secularists within their environments is a complex one with centuries of theocracy and tyranny. Over the last century and a half, Arab secularists have both progressed and been delayed repeatedly because of their bitter struggle with several forces. Among these forces are ignorance, illiteracy, tyranny, the power of religious institutions, and finally the Islamic tide that has hit the region since the failures of both the liberal project followed by the Arab national project. I am not pessimistic about the future of secularists in Egypt and the Arab societies though I realize the magnitude, dimensions and gravity of the battle between these two parties: the proponents of science, civil society and the values ​​of modernity versus the proponents of tyranny and theocracy.

The essence of secularism is not related to hostility towards religion. Rather, it is based on the cornerstone of separating religion from the state, establishing a civil society, and establishing the relationship between the sons and daughters of the society with each other and with the state on the basis of citizenship. There is no doubt that the greatest enemy to this vision today is the current of political Islam. Giving the "separation of religion from the state" law an opportunity to be supported by broad sectors of society requires leadership that is not hostile to religion, but to mix religion with state references. It also requires extensive wisdom and administrative capabilities to prevent political Islam from gaining popular acceptance. Here we should focus on the difference between intellectuals who do not have leadership, administrative and political experience, and between leaders who know the deep and subtle differences between the criticism of religion as a religion (and this is within the field of academic study) and the separation of religion from the state.

Arab intellectuals were generally influenced by either Arab nationalist ideology or political Islam, which made most of them hate the United States. Indeed, the United States, like the great powers of history (the British Empire in the recent past and the Roman Empire in the distant past), cannot be viewed from the perspective of love and hate. The superpowers become so under economic and military imperatives, not by emotional or idealistic matters. In short, the position of most Arab secularists towards America is intellectually flawed. The United States of America is a great power looking out for its interests and we have to deal with it in this sense.

There also exists a mental correlation between secularism and the Arab dictatorships that ruled in the name of secularism. This correlation must be broken and replaced by
the banner of "liberalism, modernity and civil society”, not just secularism. Rulers such as Abdel Nasser, Hafez al-Assad, Houari Boumediene, and Saddam Hussein were secular (to a certain extent). But they were the enemies of political and economic liberalism in varying forms. In the face of certain aspects of their failure, they also provided a great opportunity for the obscurantists to gain significant ground at the grassroots level. And let us not forget that those I mentioned were simple men with modest intellectual abilities.

The liberal movement’s battle with reality in Egypt and most Arab societies is a mirror image of a similar battle that has taken place in Europe since supporters of science began to pull the rug out from under the feet of dictators and their religious supporters. I have no doubt that proponents of science will win in the Arab region as well, but it will not happen easily.