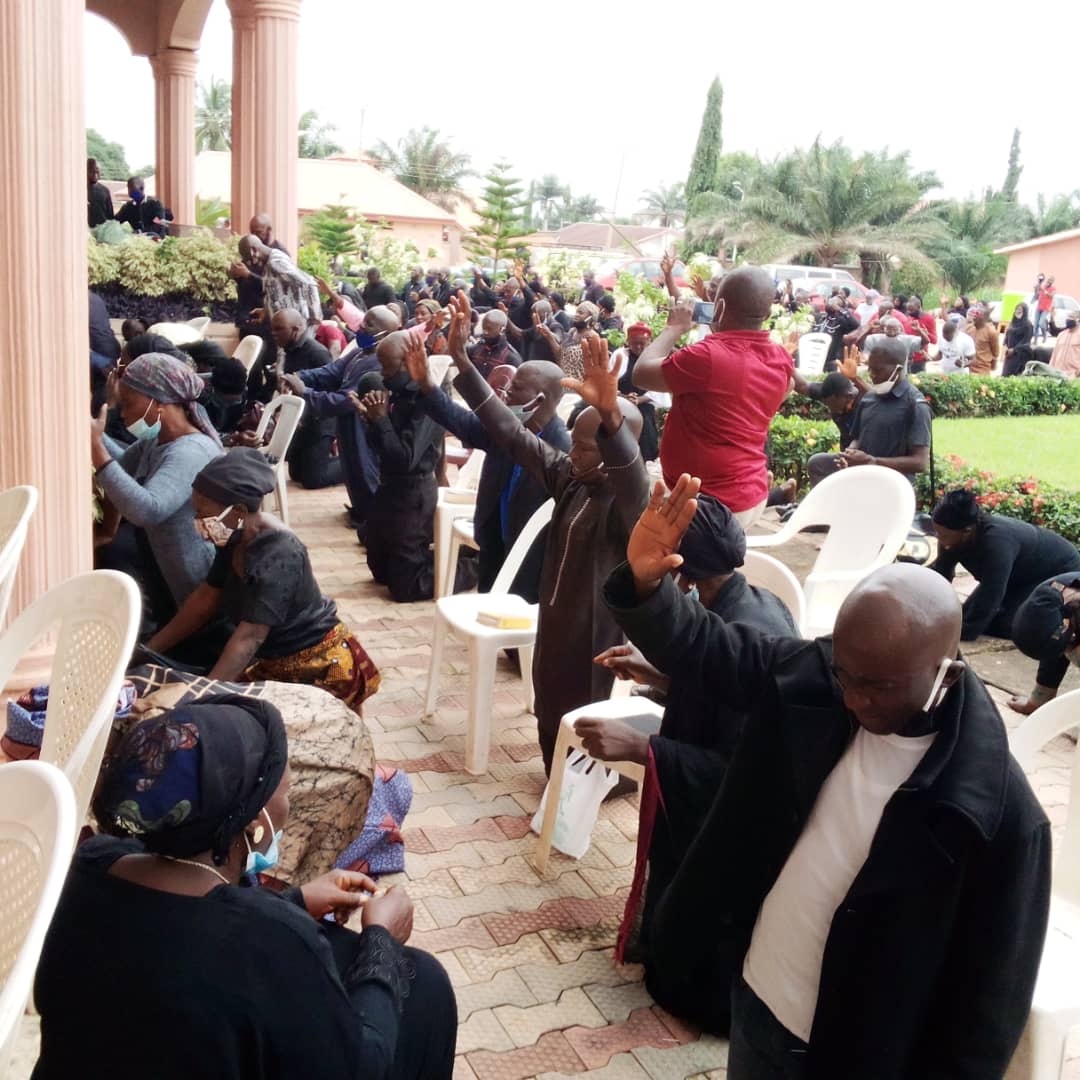 Several high-profile Nigerian celebrities have taken part in a campaign calling for an end to the ongoing violence targeting Christian communities in southern Kaduna state.

Since January there have been constant murders, looting, rape and abductions.

One of the artists, Joel Amadi, talked about how he lost his father, who was among the victims of a Fulani militia attack on 24th July.

Amadi had been alerted during the attack and issued several tweets calling on Kaduna State Governor Nasir el Rufai to send security agents based less than 2km from the village to the area, but none came.

Amadi added: "I want the whole world to hear my voice. I want peace. I want unity to reign."

On Sunday, Christians of all denominations dressed in black and gathered in the Evangelical Church Winning All (ECWA) Good News Church Nyari High Cost in the Kaduna state capital for the second 'Black Sunday Service' organised by the Kaduna State Chapter of the Christian Association of Nigeria (CAN).

National President of the Southern Kaduna Peoples Union (SOKAPU) Hon Jonathan Asake said during the service: "There is no greater lie than the narrative that the killings in southern Kaduna are hinged on clashes between farmers and herders", and pointed out that "75 per cent of the victims" were women and children.

He also listed several communities in Chikun and Kajuru Local Government Areas (LGAs) that have been occupied following the displacement of their inhabitants by the militia.

Meanwhile, on Saturday several young people who had gathered in the Kaduna state capital for a peaceful protest organised by "Concerned Nigerians" were arrested and the protest was dispersed.

According to persecution watchdog Christian Solidarity Worldwide (CSW), the protesters, who were dressed in black and carrying placards stating, amongst other things, "Enough is Enough," "We cannot continue like this," and "Southern Kaduna lives matter," "Government has failed us," were met by heavily armed police officers who arrived in around 15 Hilux vans.

CSW's chief executive Mervyn Thomas said: "Calls for effective action to address the appalling situation in southern Kaduna are growing louder. CSW welcomes and echoes those in the Nigerian entertainment industry who have spoken out regarding the relentless loss of life.

"We continue to call for urgent international interventions, including the convening of a special session of the UN Human Rights Council, with particular focus on the current crisis in southern Kaduna and Plateau State. We are also deeply concerned that the Nigerian authorities continue to crack down on peaceful protesters in flagrant violation of the Federal High Court injunction, the national constitution, and the nation's obligations under both the African Charter on Human and Peoples Rights and the International Covenant on Civil and Political Rights.

"We urge the Nigerian government to respect the rights to peaceful assembly and association, to end the targeting of those who peacefully draw attention to human rights violations, and to instead focus its resources on addressing the multiplicity of armed non-state actors who are terrorising its citizens."

Lord, hear the cries of people who are calling for an end the mass atrocities happening in Nigeria.
We pray that you stop all those who are committing these violent crimes and bring peace to the country.
We pray that you will convict the Nigerian government to do everything in its power to tackle this issue.
Amen.