All Party Parliamentary
Group for International
Freedom of Religion or Belief

Women and Girls: Victims of Acts of Violence Based on Religion or Belief 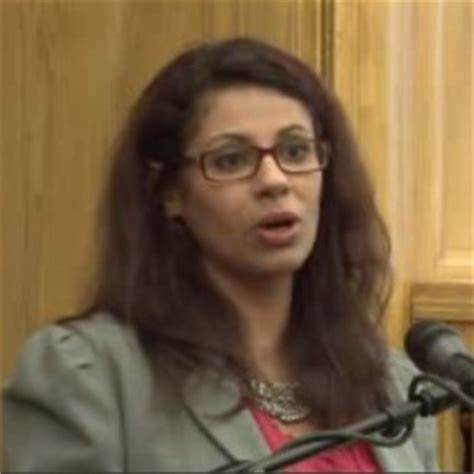 Dr Mariz Tadros, Director of CREID and Professor of Politics and Development at the Institute of Development Studies, University of Sussex, highlighted the need to recognise how ideologically motivated sexual grooming targets women from religious minorities in order for effective action to be taken.

Dr Tadros argued that there is an urgent need to:

The evidence gathered suggests that across contexts and religions, there is a pattern of girls and women being targeted for sexual grooming, not only out of sexual predation, but a wider political project to hurt the religious minority and create a religiously homogenous society.

The evidence suggests that the targeting of girls and women who belong to religious minorities is to be distinguished from the sexual grooming that women and girls fall globally victim to in its intent; social norms allow for its perpetration and laws fail to prevent its occurrence.

Ideologically motivated intent of targeting: the targeting by the predator who is from the dominant religion of the young woman, not only on account of her social and economic vulnerability, but specifically because of her affiliation to a religious minority. The intent here is not only sexual predation (as is common among all forms of sexual grooming) but also the ‘conquest’ of a woman from a religious minority and ‘claiming’ her for the majority religion.

Socio-political support for the sexual predator: the role played by the legal system and society in preventing women who belong to religious minorities from escaping or being rescued from their groomers. Kidnappers are rarely arrested and justice rarely served where the subjects are from poor, socially and religiously marginalised families.

The outcomes of politically orchestrated sexual grooming are more violations of rights and the entrenchment of a vicious circle of powerlessness.

There is an Impact on the subject herself: the psychological abuse that victims of ideologically motivated sexual grooming endure often ‘breaks’ them into accepting their predicament. They often suffer dual stigma: in their marriages, they will be often be treated with contempt for not having been born into the dominant religion and if they ever have a chance to escape and go back to their families, they may be shunned or stigmatised forever.

There is an impact on freedom of mobility for women who belong to the religious minority: in response to the real or rumoured disappearance of women, many parents respond by denying women the freedom to leave the house, to attend school
or to participate in leisure and/or public activities in the community. The restrictions imposed by families who fear for their girls represents a denial of the right to education, the right to freedom of association and the right to freedom of expression.

Listen to her podcast

About CREID
The Coalition for Religious Equality and Inclusive Development (CREID) provides research evidence and delivers practical programmes which aim to redress poverty, hardship and exclusion resulting from discrimination on the grounds of religion or belief. CREID is an international consortium led by the Institute of Development Studies (IDS) and funded by UK aid from the UK Government. Key partners include Al-Khoei Foundation, Minority Rights Group (MRG) and Refcemi.