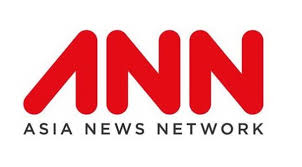 The woman and her 25-year-old son were killed in front of their home. Nobody in the village helped them. For human rights activists, the fact is "a huge example of intolerance and hatred that spreads against Christians", also nourished in schools. Central and state government’s silence and failure to defend minorities.

Gujranwala (AsiaNews) - On November 9, Yasmeen and her only son, Usman Masih, 25 (photo 2), were shot dead by two of their Muslim neighbours, Hassan Butt (photo 3) and Khizer Butt. At first, some media reported that the killing was due to a case of blasphemy, but later it emerged that the reason was more trivial: a heated discussion between two women, Yasmeen and the mother of the two killers, Ishrat Bibi (photo 4).

Mariyam Kashif, a social activist and Catholic teacher, denounces the brutal murder as "a huge example of intolerance and hatred that spreads against Christians", also nourished in schools. For some time now Christians, a small minority in the country, have been asking for greater guarantees from the state and a reform of study programs, to remove all aspects of hatred and contempt.

Shabeer Masih, Yasmeen's husband and Usman's father, spoke with AsiaNews about the incident. On the day of the shooting, Yasmeen left the house around 10.30 and passed Ishrat Bibi, who was holding a stick and began to fight and beat her neighbour. Two months earlier the two had quarrelled over the water drain in the street.

At one point Ishrat Bibi called her two sons, Hassan Shakoor Butt and Khizar Shakoor Butt who, having come out with their guns, fired 20-21 bullets at Yasmeen. The latter's son Usman came out of the house and seeing his lifeless mother went to help her, but he too was hit by shots.

Shabeer Masih says that his son lived for about twenty minutes, asking for help, but no one in the village lifted a finger; a car passed by, but no one tried to take the son to the hospital (photo 1). Usman had become the father of a little girl just a week ago and had another three-year-old daughter. “The whole family was very friendly and had good relations with the people of the village,” adds Shabeer crying.

On the contrary, according to several testimonies, Ishrat Bibi is known as a bully and contemptuous woman. She had arrived in Gujranwala village three years ago, the wife of Shakoor Butt, a twice married man who lived in Basti Qudratabad Wazirabad.

At Ahmed Nagar Police Station, Shabeer Masih filed a complaint against Ishrat and Hassan, and the two were arrested.

On 10 November, hundreds of Christians and representatives of civil society were present at the funeral of Yasmeen and her son. The Gujranwala Justice and Peace Bureau is helping the family and offering them legal assistance.

Human rights activist Daud Bhatti has condemned this brutal attack against members of a minority and claims that this type of violence is increasing day by day. “The government and the state - he says - are silent on the issue of minorities, and this is a sign of their negative intentions. This poor family has the right to justice and the guilty must be punished according to the law”.

Mariyam Kashif, teacher and activist, noted “a reform of the curriculum is needed to eliminate all aspects of hatred and contempt. Only in this way will we be able to teach and enlarge hearts, changing the mentality of our society. We need just communities, which promote peace and fraternity, living in peace”.