Egypt: Muslim Brotherhood vows to tread the path of revolution 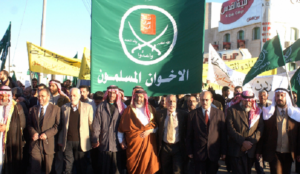 The Muslim Brotherhood (MB) in Egypt has vowed to “to continue the path of struggle on the 10th anniversary of the Arab Spring protests,” i.e., to “tread the path of revolution.” This is really nothing new. Although the Muslim Brotherhood has managed to spread its influence into Western nations, pretending that it is peaceful, it is a stealth group, with jihad, in violent form if necessary, as its core mission. But it awaits an opportune time to advance to the point of revolution. As translated by Palestinian Media Watch, in the MB’s own words:

– “…the Islamic Ummah [nation]… can regain its power, be liberated and assume its rightful position which was intended by Allah, as the most exalted nation among men, as the teachers of humanity…”
– “…know your status, so that you firmly believe that you are the masters of the world, even if your enemies desire your degradation…”
– “It should be known that Jihad and preparation for Jihad are not only for the purpose of fending-off assaults and attacks against Muslims by Allah’s enemies, but are also for the purpose of realizing the great task of establishing an Islamic state, strengthening the religion and spreading it around the world…”
– “…Jihad for Allah is not limited to the specific region of the Islamic countries. The Muslim homeland is one and is not divided. The banner of Jihad has already been raised in some of its parts, and it shall continue to be raised, with the help of Allah, until every inch of the land of Islam will be liberated, the State of Islam will be established…”

– “This is followed by the power of arms and weapons… This is the role of Jihad.”
– “Jihad is a religious public duty… incumbent upon the Islamic nation. Jihad is a personal duty to fend off the infidels’ attack on the nation…”
– “The youth should know that the problems of the Islamic world, such as Palestine, Afghanistan, Syria, Eritrea, or the Philippines, are not issues of territories and nations, but of faith and religion. They are problems of Islam and the Muslims, and they can be resolved neither by negotiation nor by recognizing the enemy’s right to the Islamic land he stole. Rather, the only option is Jihad for Allah, and this is why Jihad is the way.”
– “The symbol of the [Muslim] Brotherhood is the book of Allah [the Quran] between two swords. The swords symbolize Jihad and the force that protects the truth represented in Allah’s book.”
– “…that is, go out to battle, oh believers, young and old, by foot or on horseback, under all circumstances and conditions…”

Egypt’s Muslim Brotherhood pledged on Monday to continue the path of struggle on the 10th anniversary of the Arab Spring protests.

In a statement, the group vowed to continue their efforts to ensure Egyptians are able to elect their rulers based on fair elections.

It said the sacrifice of the martyrs, injured and victims will never be forgotten and urged the international community to support the aspirations of the Egyptian people.

The first democratic elections in the country brought president Mohammed Morsi to power in 2012.

His rule was short lived as he was ousted through a military coup in 2013 by now President Abdelfattah al-Sisi.

Morsi died aged 67 in 2019 after he collapsed during trial….