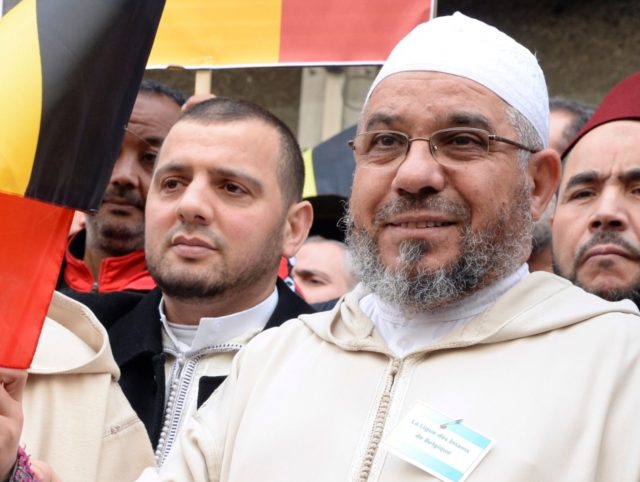 The Belgian government has stripped the residency permit of the chief imam of the Al Khalil Grand Mosque in Molenbeek Mohamed Toujgani over concerns relating to national security issues.

Belgian Secretary of State for Asylum and Migration Sammy Mahdi announced this week that the government has stripped Imam Toujgani’s residency permit in light of concerns raised by the country’s security services who claimed that the imam showed signs of being a serious risk to Belgian national security.

The government has issued a notice for Toujgani, a Moroccan national, to leave the country and told him that he would not be allowed back in Belgium for the next ten years. According to Belgian media, the imam has already left the country, Sudinfo reports.

As Imam of the largest mosque in the entire country, Toujgani — who had been in Belgium since 1982 — was said to be highly influential in the Muslim community of Brussels.

He is said to have been a controversial figure for years, preaching for the burning of “oppressive Zionists” in 2009.

Despite living in the country for decades, Toujgani had never bothered to learn to speak French or Dutch, the two main languages spoken in Belglium.

Secretary of State for Asylum and Migration Mahdi commented on the matter, saying: “In the past, we have given radical preachers too much leeway. This man was probably the most influential preacher in Belgium. With this decision, we are making a difference and giving a clear signal: we will not tolerate those who divide and threaten our national security.”

The Brussels district of Molenbeek has been well-known as a hotspot for radical Islamic extremism throughout Europe for years. Notably, it was where 2015 Paris Bataclan terrorist attack participant Salah Abdeslam fled after his suicide belt failed to detonate.

Abdeslam, who is currently on trial in France in connection with the Bataclan massacre, stated in September that terrorists and Jihadists were “authentic Muslims” and told families of the victims that the attack was “nothing personal.”

Over the last several years, raids have led to the arrests of radical Islamic extremists in Molenbeek, including last July when a jihadist wanted by Spanish authorities was arrested in the area.