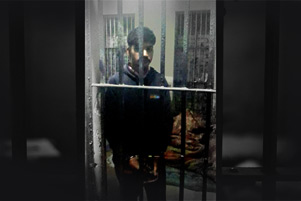 In February 2018, 17-year-old Patras Masih allegedly shared content on social media which some found to be blasphemous. In the wake of this post, riots broke out in his neighbourhood of Lahore. Patras was taken into custody and authorities also tortured his cousin Sajid, who jumped from a window to escape, resulting in serious injuries.

Patras has been in custody since his arrest without being given a trial. His lawyer, Aneeqa Maria, attributes the delays to the involvement of an Islamic group that has called for the young Christian's death. When Aneeqa asked the Lahore High Court about bail, the judge refused to listen, directing her to go to the Supreme Court instead. "There's a clear hatred toward Patras that I fail to comprehend," she states.

A similar fate awaits Shagufta Kiran, who was arrested in July 2021 for forwarding a message in a WhatsApp group chat. After news of the charges spread, her husband and two teenaged daughters were forced to flee their home in Islamabad. Shagufta was charged under Pakistan's blasphemy laws but has yet to go to trial. The most recent hearing date was postponed because the complainants' lawyer failed to attend.

Recent events for another believer, Stephen Masih, have been more positive after he spent more than three years in prison. In March 2019, the Christian man was arrested on accusations of blasphemy after an argument with a neighbour. As commonly happens in Pakistan, the personal dispute led to false accusations as retribution. His family was forced to flee after a mob set their home ablaze.

Stephen suffers from a mental disability, and the Punjab Institute of Mental Health reported in July 2021 that he was unfit to stand trial. In support, the UN Office of the High Commissioner for Human Rights joined in the call for his release last October. Finally, Stephen was granted bail on May 31st and released from prison on June 10th.

These are three of the many Pakistani Christians who have been falsely imprisoned, often for years, due to accusations of blasphemy. For more accounts of persecution in Pakistan, including ways you can pray for fellow believers in Christ, go to our country report.

Praise God for the release of Stephen after his lengthy imprisonment. Pray for his safety in the face of potential mob violence. May he be safely reunited with his family and receive the help he needs. Pray that the Lord will also provide greatly needed encouragement and fortitude to Shagufta and Patras as they continue to endure imprisonment. May the court delays be resolved in both of these cases, and may the judges receive wisdom so they can effectively ensure justice for these followers of Jesus. Furthermore, please pray for the emotional, spiritual and physical strength of all other believers presently being detained in Pakistan, as well as those eagerly awaiting the hopeful release of their imprisoned loved ones.