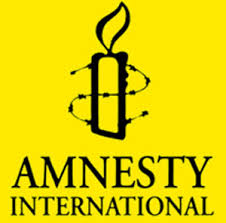 The authorities in Egypt are failing to prevent “deeply disturbing” attacks on the country’s Coptic Christian minority, said Amnesty International today in a new report (9 October), and the organisation is calling for an investigation into a series of deadly sectarian incidents. Read the report

Amnesty’s report accuses the Egyptian authorities of failing to prevent mob attacks on Christian churches, schools and charity buildings in August that left at least four people dead and buildings burnt to the ground. Amnesty visited sites of sectarian violence in Al-Minya, Fayoum and Greater Cairo to gather evidence from eyewitnesses, local officials and religious leaders.

Amnesty’s report describes an “unprecedented level” of attacks against Coptic Christians following the dispersal of two pro-Morsi sit-ins in Cairo on 14 August, with Copts widely perceived as supporting the ousting of former President Mohamed Morsi. The deeply sectarian attacks - which have also taken place against other Christian denominations, including Catholic and Evangelical ones - have frequently been preceded by incitement from local mosques and religious leaders.

More than 200 Christian-owned properties were attacked and 43 churches seriously damaged across the country, with local residents reporting that mobs armed with automatic rifles, shotguns, Molotov cocktails, home-made explosives, metal bars and knives ransacked churches and Christian properties, chanting slogans such as “God is Great” or “Christian dogs have no place in Egypt”. A journalist who witnessed attacks in Al-Minya said attackers were armed with machetes and swords. Historical and religious relics were desecrated in the attacks and graffiti was scrawled onto church walls - including “Morsi is my President”.

Some residents were attacked in their homes. For example, a 60-year-old Coptic Christian man was shot dead at his home in the village of Delga in Al-Minya and his body was dragged through the streets by a tractor. After he was buried his grave was twice dug up. One Coptic Christian man from the governorate of Fayoum said: “Why is it when there is a problem, Christians always pay the price? What do we have to do with the events in Cairo to be punished like this?”

“It is deeply disturbing that the Christian community across Egypt was singled out for revenge attacks over the events in Cairo by some supporters of the deposed president, Mohamed Morsi.

“In light of previous attacks, particularly since Morsi’s ousting on 3 July, a backlash against Coptic Christians should have been anticipated, yet security forces failed to prevent attacks or intervene to put an end to the violence.

“Failure to bring to justice those responsible for sectarian attacks sends the message that Copts and other religious minorities are fair game.

“The authorities must make it absolutely clear that sectarian attacks will not be tolerated.”

Amnesty’s report shows how these latest sectarian attacks are part of a long pattern in Egypt, with successive governments failing to address discrimination and the targeting of religious minorities in Egypt. Under Hosni Mubarak at least 15 major attacks against Copts were documented and under the Supreme Council of the Armed Forces further deadly sectarian clashes took place. Under Mohamed Morsi attacks against Copts again continued and anti-Christian rhetoric was stepped up. For decades, Christian communities in Egypt have faced legal and bureaucratic hurdles to build and restore places of worship.

Today’s Amnesty report comes exactly two years after a bloody crackdown by Egypt’s armed forces on protesters outside the “Maspero” state television building in Cairo in 2011; 26 Coptic Christians protesters and one Muslim were killed in the crackdown. Two years on, only three low-ranking soldiers have been held responsible for the Maspero killings - with these receiving prison sentences of between two and three years for manslaughter.