Jihadists Escalate the Persecution and Slaughter of Christians Worldwide 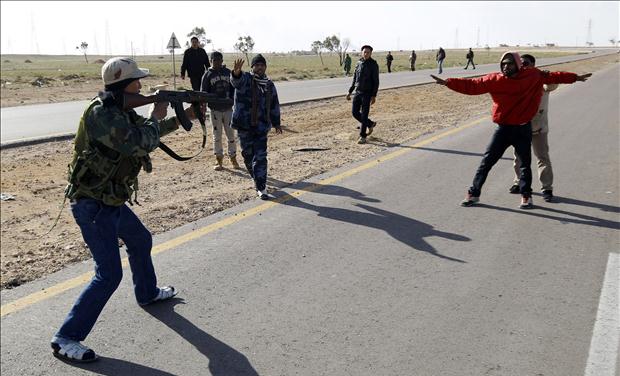 In recent days and weeks, we’ve witnessed and unprecedented escalation of radical Islamic violence and persecution of Christians in the Middle East and North Africa.

In Nigeria, Iraq, Syria, Sudan, and a number of other countries in the region, radical jihadists are literally slaughtering Christians.  They are pillaging Christian villages and burning churches.

In Nigeria, the radical Islamic terrorist group Boko Haram continued their killing spree, massacring 30 Christians as they worshiped and burning down four churches this past weekend.  Experts continue to reiterate that “Christians are one of the explicit targets of Boko Haram.”

In Iraq, ISIS terrorists are targeting Christians and destroying churches.  There are stories of forced taxes, rape, kidnapping, murder, and other horrendous persecution of Christians by ISIS militants.  It’s believed that since 2003, two-thirds of Iraq’s Christian population has fled.  Some experts believe the number of Christians there could dwindle to as little as 50,000 in the next 10 years due to increasing persecution.

ISIS’s leader has declared a “caliphate,” an Islamic state, in Iraq and Syria and has demanded the imposition of Islamic Shariah Law.  Experts have described the goal and brutality of ISIS as “annihilating Middle Eastern Christians.”  In Syria, ISIS has actually crucified 9 people in recent days.

In Sudan, government officials destroyed a church and at least 10 Christians have been murdered in recent months.  Christian mom Meriam Ibrahim, who was previously on death row for her faith, is still being prevented from leaving the country, as she faces new possible charges and a lawsuit by Islamic family members.

Pastor Saeed is still imprisoned in Iran.  Hamas terrorists are bombarding Israeli civilians with more rockets (nearly 150 rockets in the last 24 hours).  The examples of radical Islamic brutality in the region are as seemingly endless as they are breathtaking.

Yet despite the well documented, targeted radical Islamic persecution of Christians in the region, the outcry from the White House has been muffled to say the least.

It is incumbent on the U.S. to be a piercing light for religious liberty in the dark of this oppression.  America, the land of religious freedom, cannot be silent as radical jihadists attempt to wipe Christianity from the face of the earth.

At the ACLJ, we fight daily for religious freedom, and we are urging the U.S. government to use every diplomatic option available to defend persecuted Christians worldwide.  Join tens of thousands, and sign the Petition to Stand with Christians in the Middle East.

The persecution of Christians must end, and the U.S. must retake its place as a champion for religious freedom on the world stage.