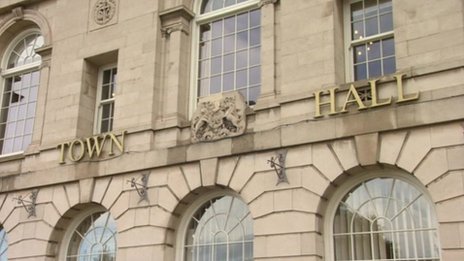 Did fear of being labelled "racist" leave at least 1,400 of Rotherham's children in the hands of vicious abusers?
A "taboo" subject, "ignoring a politically inconvenient truth", threatening "community cohesion", "fear of being thought racist".

The report which revealed the abuse of more than 1,400 children in Rotherham - mainly by men of Pakistani heritage - found many reasons why the shocking scale of child sexual exploitation in the South Yorkshire town remained hidden.

Councillors and council staff in particular were criticised for "avoiding public discussion"; some through fear of being thought racist, and some through "wholesale denial" of the problem.

But Zahoor Farid, a Muslim youth worker in Rotherham, described the abuse in the town as "shocking".

Professor Alexis Jay's report, commissioned by Rotherham Borough Council, said: "Several councillors interviewed believed that by opening up these issues they could be 'giving oxygen' to racist perspectives that might in turn attract extremist political groups and threaten community cohesion."

This has left the leader of a Muslim organisation in Rotherham furious.

"In the name of what community cohesion and political correctness? Not in the name of my community," said Muhbeen Hussain, founder of British Muslim Youth.

"I'm truly disgusted to see such a report in my home town of Rotherham.

"The fact these guys were predominantly Pakistani heritage men should not be a reason for providing a cloak of invisibility."

His words were echoed by Shoki Adbo, a bank worker from the town, who said: "I'm a Muslim and if I saw a Muslim person doing something like that then they would not be a Muslim to me."

Mr Farid added: "We were lost for words when we saw this report.

Prof Jay's report said that while ethnicity did not impact on the way front-line staff dealt with cases, it did affect the wider picture, with some staff in children's social care saying they were "advised by their managers to be cautious about referring to the ethnicity of the perpetrators" in reports.

In 2010, five Asian men from Rotherham were found guilty of sex offences against girls as young as 12, and in 2011 Ashtiaq Asghar was jailed for the murder of 17-year-old Laura Wilson, who had been a victim of sexual exploitation.

But Mr Hussain cannot understand why there have not been more convictions.

"The police authorities are not making prosecutions. If a drug dealer's out on the streets, you arrest that person for committing a crime."

But her inquiry followed three others in Rotherham dating back to 2002. Those earlier reports show the abuse and issues of ethnicity have not recently come to light. 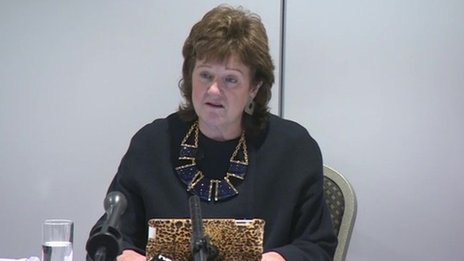 Prof Jay said the first of these reports was "effectively suppressed" because senior officers did not believe the data. The other two were ignored, she said.

In a 2003 report, Dr Angie Heal, a strategic drugs analyst, stated: "In Rotherham the local Asian community are reported to rarely speak about them [the perpetrators]."

We've known about these issues for a number of years now”

According to Prof Jay, three years later Dr Heal "described how the appeal of organised sexual exploitation for Asian gangs had changed".

"In the past, it had been for their personal gratification, whereas now it offered 'career and financial opportunities to young Asian men who got involved'."

The 2006 report stated: "It is believed by a number of workers that one of the difficulties that prevent this issue [CSE] being dealt with effectively is the ethnicity of the main perpetrators."

But was it the wider community from which a number of abusers came who put up barriers to protecting Rotherham's children, or a perception of that community and its possible reaction to being identified?

While "several people" interviewed by Prof Jay "expressed the general view that ethnic considerations had influenced the policy response of the council and the police", all senior officials questioned denied race influenced their decision making.

Meanwhile, regardless of underlying political, cultural or ethnic considerations, at least 1,400 children in the town suffered appalling abuse.

Mr Hussain said: "There's nowhere in the Pakistani culture or the religion of Islam that says child exploitation is allowed - it's completely forbidden.

"But because it's a taboo and it's not talked about, I think with this report we need people to come out and we need the Pakistani Muslim community to talk about it."

That taboo has not just prevented perpetrators being identified, but victims too.

Most of the victims in the cases examined were white British girls, but the report found the abuse of Asian girls was not necessarily reported.

Zlakha Ahmed, from the organisation Apna Haq which supports Asian women and children facing violence in the home, said there has been a long-standing problem of Asian girls suffering abuse.

She said: "The report's not come as a shock to me in terms that we've known about these issues for a number of years now.

"They follow the exact same model as the report that's been released; the difference is that the victims are Asian Muslim young girls and the perpetrators have been Muslim Pakistani men.

"It's just a pattern of abuse that's being repeated with another set of vulnerable girls."

Prof Jay reported: "Pakistani-heritage girls were targeted by taxi drivers and on occasion by older men lying in wait outside school gates.

"The women and girls feared reporting such incidents to the police because it would affect their future marriage prospects."

After four reports into the Rotherham abuse scandal that spanned 16 years and revealed at least 1,400 victims, Prof Jay concluded: "The authorities involved have a great deal to answer for."