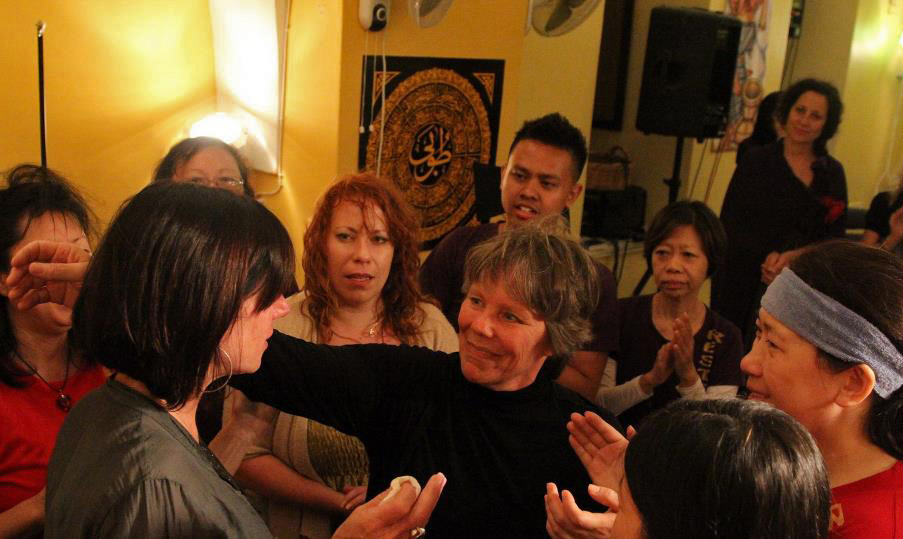 ISTANBUL, Turkey, September 30, 2014 (Morning Star News) – In the latest of several attacks on a congregation in East Jerusalem, young men with ties to a Palestinian militant group wired shut a church door and sprayed a gaseous substance at those inside hours before dawn on Monday (Sept. 29), church sources said.

No one was injured as those sleeping or keeping vigil fled into a hallway before the chemical spray could impair breathing, but it was the second “gas attack” in the past two weeks, Living Bread Church leader Karen Dunham told Morning Star News. On Sept. 17, a man passing by the church’s patio area opened a plastic bag containing a small gas canister inside. Within seconds, Dunham said, people on the porch were unable to breathe and fled into the church building – only to find that someone had pumped the same chemical spray into the worship hall.

Dunham, who suffered a broken wrist in a Sept. 21 assault by young men from the same group, said the attacks aim at stopping the church ministry and forcing the congregation to abandon the property. She believes the assailants are part of a criminal group trying to seize the property.

The Christians opened windows, and the substance dissipated. Dunham said it wasn’t tear gas, which can be relatively common in East Jerusalem, but was something that made it impossible to breathe.

“I’ve been here six years, and I’ve never had any trouble like this,” Dunham said.

Security video footage taken Monday shortly after 2 a.m. shows two men jumping over a security barrier onto the patio of the church, wiring the doors of the church shut and destroying two security cameras that were installed earlier that day. Seconds before the security video goes black, one of the men takes something out of his pocket and moves toward one of the windows of the building.

According to witnesses inside the church building, it was a canister that contained some type of gas.

“One of them took out a can of yellow gas that is similar to Mace, but it messes with the lungs, and sprayed it on the inside of the building,” said Drew Greek, a U.S. volunteer at the church. “We all had to run out and shut the door [to the room] so we couldn’t get hurt by the gas that they were spraying inside. We ran into the hallway of the church and shut the door to the room.”

Police had to release the group trapped in the building. Hours before the early morning attack on Monday, someone threw a rock through one of the windows of the church building. And on Sunday (Sept. 28), a Palestinian and a few adolescents assaulted Greek as he emptied trash into a dumpster outside the church building.

Living Bread Church holds a unique place in East Jerusalem in that its congregation is made up largely of expatriates who come to Israel and volunteer to work on social and spiritual projects through the church. The building Dunham rents is strategically located in a commercial area on the main road that divides Arab East Jerusalem from an Orthodox Jewish neighborhood, outside the Damascus Gate of the old city of Jerusalem.

Dunham described the attacks as a land grab and an act of religious persecution to punish her for the church’s activities with the local population. In addition to telling others about the life of Jesus, Dunham oversees several programs to address the needs of the poor.

The latest incidents follow two months of attacks against the church, which rents and uses the property for worship meetings and as an office to run ministry work.

In July, when the Israeli government began bombing targets in the Gaza Strip in retaliation for the kidnapping and murder of three Israeli adolescents, violence and criminal activity exploded in the Palestinian-populated neighborhood of East Jerusalem, Greek said. Part of the criminal activity involved illegal land grabs, and Dunham returned from the United States two months ago to find a small house and a massive shade tent built illegally on part of the property.

A Palestinian with connections to organized crime and powerful politicians erected the structures, she said. His identity and the name of his organization are withheld for security reasons.

Dunham’s landlord, who is elderly and suffers from a heart condition, shied away from helping her, she said. As the days passed, men would appear at the church building at night and remove parts of it. One night the wrought iron security gate protecting the back porch disappeared. The vandals then stole iron shutters that covered some of the building’s windows. There was also an attempt to steal a door to the building.

When Dunham initially complained to police, officers took reports but were indifferent, she said. When she kept complaining, those trying to push Living Bread off the property found out about her complaints, and the assailants begain directing their violence toward people rather than things.

On Sept. 21, one of the young men with ties to the Palestinian militants followed her on foot as she was walking near the church building. Without warning, he ran up behind her and knocked her to the pavement. The impact broke her wrist and injured her knee, she said.

“This guy charged me as fast as he could,” she said. “He came up behind me and just slammed into my back, and I fell and I hit the ground. My face is bruised. There’s bruises on the side of my cheek, on my face, on my head, on my knee, cuts on my head, and my wrist was fractured.”

As the leader of the ministry, Dunham appears to be the main target, but others have been attacked. In one incident, a man spit on a 21-year-old woman the church assists who has Down syndrome. The assailants also threw urine at church members sitting outside in the patio area.

The intimidation has increased to a point that someone is almost always just outside the church building, day or night, trying to intimidate those inside. To the congregation’s relief, different officers are taking the reports and treating them more seriously; they have instructed Dunham to gather evidence against the assailants, which led to the installation of the video cameras.

Dunham is worried about the safety of her staff. There are roughly 10 young men involved in the attacks who live nearby, she said.

“I have two orphans, some old ladies and a handful of people,” she said. “It’s only the Lord that is keeping us alive and OK.”