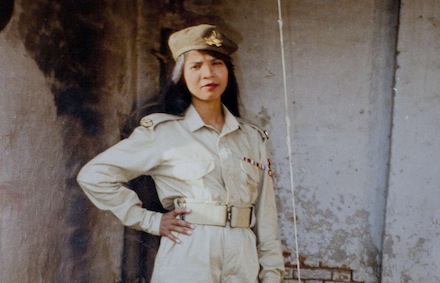 Catholic leaders in Pakistan will appeal to their country’s Supreme Court after a lower court upheld the death penalty for a blasphemy ruling against a Christian mother of five children.

“Like it or not, we have to accept the court order,” Father Emmanuel Yousaf Mani, director of the National (Catholic) Commission for Justice and Peace, told Catholic News Service.

Four days earlier, the Lahore High Court upheld the death sentence handed to Asia Bibi in 2010. “The only option before us now is to appeal against the verdict. We have applied for a certified copy of the verdict. We will appeal against it in the Supreme Court,” Father Mani said, adding Christians were praying for an acquittal.

A statement from the Cecil & Iris Chaudhry Foundation, a Catholic group named for a critic of Pakistan’s blasphemy law, expressed disappointment in the ruling.

“Bibi has wrongly been convicted of blasphemy. We remain optimistic that the rule of law will prevail and justice will be done (when the appeal is heard in the Supreme Court). For now that is our only hope,” said the statement by the Catholic advocacy group.

Bibi, an “untouchable” low caste, was accused of blasphemy after an argument with her Muslim neighbour over a drinking glass in the fruit field where they worked together. She was the first Christian woman convicted under the blasphemy law that provides for mandatory death sentence even for unintentional acts or words of blasphemy.

Two prominent critics of the blasphemy law lost their lives in their bid to get Bibi released on bail following her conviction.

Salman Taseer, a Muslim and governor of Punjab province, was shot dead on January 4, 2011, by his Muslim body guard after he initiated a clemency petition.

Shahbaz Bhatti, a 42-year old Catholic and federal minister for religious minorities who closely worked with Taseer with the clemency petition, was killed two months later in Islamabad.

More than 96 percent of Pakistan’s population of more than 180 million people are Muslims. While Christians and Hindus account for over 1.5 per cent each, Ahmadis, Sikhs, and tribals account for the remaining one per cent.