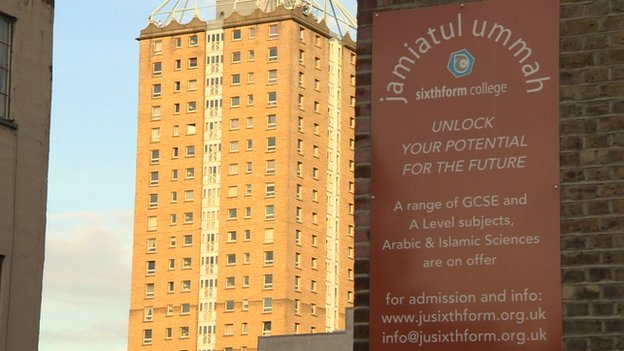 Pupils at Jamiatul Ummah school were not provided with a broad and balanced curriculum, say inspectors

Sir Michael Wilshaw said the pupils' "physical and educational welfare is at serious risk" following a series of emergency inspections.

He said all the schools focused too heavily on Islamic teachings.

Education Secretary Nicky Morgan says the schools will be closed down if changes are not made quickly.

She said: "We asked Ofsted to carry out these independent school inspections and the findings are very concerning. While there is no suggestion of a co-ordinated plot, it is clear that these schools are failing children and this is unacceptable.

Women stay at home and clean and look after the children”

"All schools must prepare children for life in modern Britain."

At one school, inspectors found pupils did not know the difference between sharia and British law.

And they said the curriculum at Mazahirul Uloom School in Tower Hamlets "focused solely" on Islamic themes.

In a letter to Nicky Morgan, Sir Michael says: "I am extremely concerned about the large number of failings in each of the six independent schools inspected. 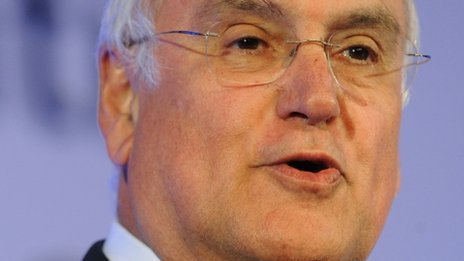 "I am not convinced that the leaders of these schools have sufficient capacity to bring about the necessary improvements to safeguarding, the curriculum and the quality of teaching and learning.

"I believe that, in all six schools, pupils' physical and educational welfare is at serious risk.

"Given the evidence gathered from these inspections, particularly in relation to the narrowness of the curriculum, I am concerned that pupils in these schools may be vulnerable to extremist influences and radicalisation."

Mazahirul Uloom, a small secondary boys' school that professes to teach the National Curriculum and Islamic Sciences, faces the most criticism.

Inspectors said too much of the curriculum "focuses solely on Islamic themes" and judged it inadequate.

Pupils here believed it was wrong to learn about other religions, were not taught art, music or drama and pupils had a "narrow view" of women in society.

Some students told inspectors: "Women stay at home and clean and look after the children. They cook and pray and wait for us to come back from school with homework."

The report also said there were no systems in place to check suitability of external speakers and that children were not safe because staff recruitment checks were not rigorous enough. The school has not yet commented. 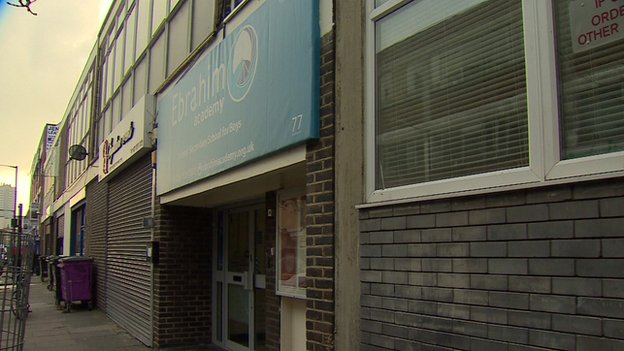 Ebrahim Academy did not prepare pupils for modern British life, according to Ofsted

An emergency inspection of the 185-pupil boys' secondary Jamiatul Ummah found good opportunities to study and practise the Islamic faith but pupils were not provided with a broad and balanced curriculum.

It was previously judged outstanding but has been downgraded to inadequate.

Ofsted has given disproportionate emphasis to certain issues ”

The report said: "The narrowness of the curriculum means that students' spiritual, moral, social and cultural education, in particular their understanding of the fundamental British values of democracy, the rule of law, individual liberty and mutual respect and tolerance, is underdeveloped."

Students also lacked opportunities to learn about music and art, or to be creative in PE.

A statement from Jamiatul Ummah said it was disappointed with the findings but that it would work hard to address concerns.

"Ofsted has given disproportionate emphasis to certain issues which do not reflect the real characteristics of the school and has not portrayed accurately the school or given appropriate weight to the varied educational experiences, including National Curriculum."

It stressed that it had 100% of pupils getting five good GCSEs in English and maths last year.

The findings of the other four Ofsted inspections included:

The publication comes a day after details leaked of a report on another school, Sir John Cass Foundation and Redcoat, in Stepney, east London.

This is the only state and non-Muslim faith school in the group to be inspected as part of the same set of seven snap inspections and failed for not safeguarding and monitoring pupils adequately.

The report highlighted the segregation of boys and girls in indoor and outdoor play areas and the risk of extremism.

The six private schools are all in Tower Hamlets, where the council said it had no jurisdiction over teaching and standards at independent faith schools and that its powers were limited to offering safeguarding training and advice to schools.

"We have repeatedly offered this assistance to independent schools locally but we cannot compel them to accept this help.

"We can - and we do - intervene when individual safeguarding issues are raised.

"We robustly act to the limit of our powers. We are of course happy to discuss with Ofsted and the Department for Education what role we can play within existing legislation to improve the safeguarding practices at these schools."

Independent schools, academies and free schools already have to adhere to the Independent School Standards (ISS), which demand that schools encourage pupils to "respect" British values.