At least 19 Christians among those killed. 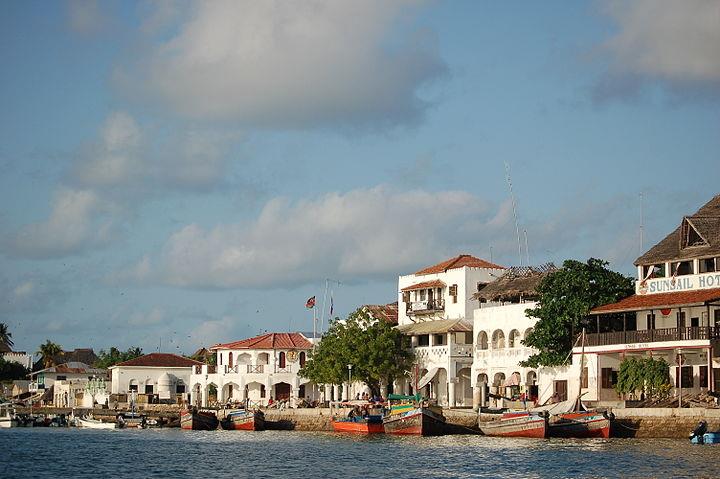 Members of the Roman Catholic Church were among the remaining nine people killed, said the source, whose name is withheld for security reasons.

A Christian on the bus, which was stopped about a half hour after leaving Mandera for Nairobi, said he was spared because he could recite some Quranic verses; he told a Morning Star News source that he watched as the Islamic extremists ordered the 19 men and nine women identified as non-Muslims to lie on the ground and shot them in the head.

“They said in Kiswahili, ‘Hard-haired men get out of the bus,’” a reference to Kenyans presumed to be non-Muslims as opposed to “soft-haired” Somalis presumed to be Muslims, the survivor said. “The attackers were mentioning the recent killings of [Islamic] clerics in Mombasa. We left the dead men and women lying outside the bus as we were commanded to leave while the attackers were watching over the dead bodies. The attackers fired into the air in jubilation after the attack.”

In the past week police raided and closed four mosques in Mombasa that they said were recruitment centers for Islamic terrorists; police said they discovered explosives in the raids and killed a young Muslim who threw a grenade at them. Police were suspected in last year’s killing of mosque leader Ibrahim Omar, suspected of recruiting Islamic terrorists at one of the mosques.

Another attack survivor at a hospital in Mandera, Douglas Ochwodho, told a visiting Morning Star News source that he lost wife in the massacre. His wife, a Christian nurse, was lying next to him as the attackers executed the non-Muslims, leaving him spattered with blood, he said. As the two gunmen started executing people from each end of the line, making their way toward the middle where Ochwodho lay, each thought the other had killed him.

“The attackers thought they had killed me,” Ochwodho said. “When the attackers left, I got up, covered with blood, and fled the area.”

He confirmed that those who could not recite the Quranic shahada, a profession of Islamic faith, were ordered to lie on the ground.

The source in Mandera said Ochwodho was visibly shaken over the murder of his wife; he was receiving hospital treatment for shock.

“We were ordered to lie down, many of us, because we could not recite the Quran and we are from the well-known name meaning, ‘People from down Kenya,’ implying non-Somali, non-Muslims, and we are easily identified by our hard hair in comparison with the Somalis who have soft hair and light skin,” Ochwodho told the Morning Star News source.

The population of Kenya is 83 percent Christian, though only 7 percent are active in churches, according to Operation World. Only about 8 percent of Kenya’s population is Muslim.

Through its radio station in Somalia, Al Shabaab said its members carried out the massacre in retaliation for the mosque raids in the past week.

Kenyan officials said the military responded to the killings with air strikes the same day (Nov. 22) on the assailants’ camp in Somalia that killed at least 45 rebels.

In 2011 Kenya joined African Union forces battling the Al Shabaab insurgents after a series of Somali attacks on tourists and other targets in northern Kenya, and since then Al Shabaab has carried out several retaliatory attacks on Kenyan soil.

On Oct. 19, 2013, suspected Islamic extremists in Mombasa killed pastor Charles “Patrick” Matole of Vikwantani Redeemed Gospel Church. Matole had received death threats. The murder came a few weeks after rioting in Mombasa by Muslims enraged at the killing of sheikh Ibrahim Omar and three others on a road near Mombasa (see Morning Star News, Oct. 7, 2013).

During the riots, Muslim youths from the Masjid Musa Mosque shouting “Allahu Akbar [God is Greater]” set fire to the Salvation Army Church building in the Majengo area. They accused police of killing the hard-line Islamist sheikh, and in the police response to the rampaging Muslim youths, including officers’ efforts to stop them from attacking a Pentecostal church in Mombasa, four people were reportedly killed and several others wounded.

Omar had been a student of sheikh Aboud Rogo, also mysteriously killed in his vehicle in August 2012, who had been accused of aiding in recruitment and funding for Al Shabaab. At the Musa mosque, some 200 meters from the Salvation Army Church building, Omar reportedly issued incendiary sermons against non-Muslims.

According to Kenya’s National Intelligence Service, the imam had invited jihadists from Somalia to bomb targets in Nairobi and Mombasa in retaliation for the killing of Rogo. The same Salvation Army Church building was set ablaze in 2012 in response to the killing of Rogo.

Al Shabaab took responsibility for the assault on the Westgate Shopping Mall on Sept. 21, 2013, which killed at least 67 people with dozens still unaccounted for. The assailants killed those they could identify as non-Muslims.

Al Shabaab rebels attacked a predominantly Christian town on Kenya’s coast on June 15, selecting out Christian males as they killed more than 57 people. The estimated 50 Al Shabaab militants attacked two hotels, a police station and other buildings in Mpeketoni, in Lamu County, about 100 kilometers (60 miles) from the Somali border, in a five-hour assault with guns and grenades.

Sources told Morning Star News the assailants were chanting “Allahu Akbar [God is Greater]” and killing whoever could not recite verses from the Koran. Al Shabaab reportedly took responsibility for the attack, saying it was to avenge Kenya’s military involvement in Somalia and the killing of Muslims.

On March 23, gunmen entered a Sunday morning worship service in Mombasa County and sprayed the congregation with bullets, killing at least seven Christians and leaving several others in critical condition. Two heavily-armed men wounded more than a dozen of the 200-member Joy in Jesus Church in the Likoni area of Mombasa, where a mosque said to have ties with the Somali Islamic extremist group Al Shabaab has caused tensions.

No one has taken responsibility for the attack, which reportedly involved a third gunman outside the church building shooting at Christians fleeing the attack. Church leaders suspected Islamic extremists had carried it out in reprisal for a raid by armed police on the Masjid Musa Mosque (now Masjid Shuhada, or “Martyrs Mosque”) on Feb. 2, in which more than 100 Muslims were arrested and at least two were killed; most of those detained have been released.

Suspected Islamic extremists likely killed Lawrence Kazungu Kadenge, 59, an assistant pastor at Glory of God Ministries Church, in the Majengo area of Mombasa on Feb. 2 for sharing his faith near the Musa mosque and alerting authorities to security threats, sources said. Some youths reportedly raised the black flag of Al Shabaab at the mosque that day, when the raid by authorities touched off riots.