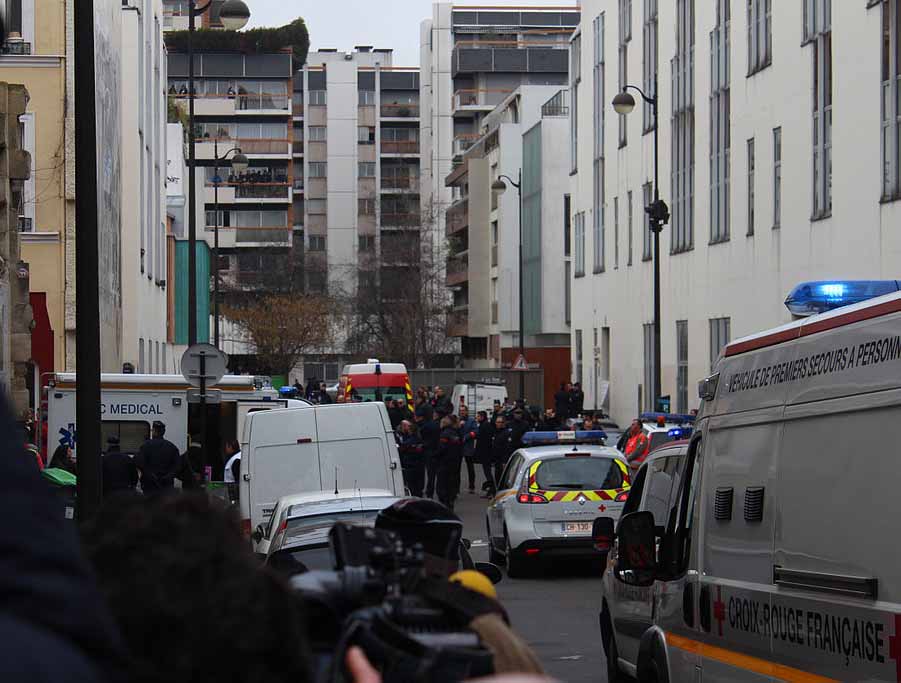 Among several protests across Pakistan against a French satire magazine’s cartoons of Islam’s prophet Muhammad, hundreds of Muslims in a terrorist-infested northwestern province on Monday (Jan. 26) stormed a Christian school, demanding its closure.

He said the rampaging mob damaged property and smashed windows as they demanded the immediate closure of the Christian school.   Das said the chaos caused a stampede that left four students of the school with minor injuries.

“Our students were on the school grounds during lunch hour, around 11 a.m., when suddenly hundreds of students forced their way into the premises,” he said. “We had no prior information about the protest, and neither did the district administration nor police authorities alert us about the route of the protest.”

Police had deployed three officers at the school, who looked on as protestors, many of them armed, ransacked the school, he said. The protestors used their guns and stones to break windows of several classrooms as they shouted anti-Christian slogans.   “Our first priority was to secure our panicked female staff and the students amidst fears that the protestors could open fire on them and cause injuries that could be fatal,” Das said. “The chaotic situation resulted in injuries to four students, but fortunately they are fine.”

More than 1,800 students are enrolled at the Panel High School, which has a faculty of 100 teachers, most of them women. The school is administered by the Church of Pakistan Diocese of Peshawar.

One the largest leading institutions in Bannu, the school has been serving area residents for several years, he said. Coming a little over a month after the worst school massacre in Pakistan’s history, he held the provincial government of the Pakistan Tehreek-e-Insaf (PTI), the district administration and local police responsible for a major security lapse.

“It is the district administration and police’s job to ensure security at schools, especially after the attack on the Army Public School in Peshawar, yet hundreds of protestors, some of them armed with weapons, were allowed to march on the roads with absolute impunity,” he said.

On Dec. 16, at least seven members of the Islamic extremist Tehrik-i-Taliban stormed the Army Public School in Peshawar, killing 145 people, including 132 schoolchildren. ‎Intelligence reports had warned the provincial and federal government about such an attack on Aug. 28, yet the warning was not taken seriously, resulting in the brutal deaths of young children in what was regarded as the most secure neighborhood in the city. Peshawar is also the capital of Khyber Pakhtunkhwa Province.

“Despite repeated phone calls, neither the district administration’s head nor any political leader reached the scene [in Bannu] – this is typical of the Pakistan Tehreek-e-Insaf, which has shown no compassion for minorities living in the province ever since the party has assumed power in Khyber Pakhtunkhwa Province,” he said.   He noted that local police were trying to dismiss the matter by saying that the protesting students meant no serious damage or harm to the school and those on the premises.

“This is outrageous – on one hand the police let the protesting students damage the building, and on the other hand they tried to hush up the matter to avoid the press,” he said.

The Peshawar Diocese led by Bishop Humphrey Peter has held meetings with political leaders‎ and asserted that local officials are failing to ensure the security of Christian educational institutions, he added.

“After our efforts, the police have now deployed six armed policemen at the school, which remained closed on Tuesday in protest against the attack and reopened on Wednesday,” he said. “Almost 50 per cent of our students didn’t show on Wednesday because of the fear resulting from Monday’s incident.”   Bannu District Police Officer Abdul Rashid Khan said that the attack was not thought to be anti-Christian.   “The protestors were students of local colleges who were just expressing their sentiments over the sacrilegious cartoons,” he said, referring to depictions of Muhammad in the French satirical magazine Charlie Hebdo.

“I don’t think the students had planned to cause injuries to any person in the school, as they left soon after police contingents were sent to the area.”   Islamic terrorists attacked the French magazine’s offices on Jan. 7, killing 12 people, in stated vengeance for its depictions of Muhammad. In Pakistan, defaming Muhammad is a crime punishable by death.   The police chief said there was no way three policemen could push back hundreds of protestors invading the school.

“They also couldn’t fire shots in the air, as several students could have gotten injured in case of a stampede,” he said   Police registered a case against unidentified students and were making raids at colleges to identify the leaders of the protest, he said.   “We will ensure that such incidents do not recur,” he said.

Security agencies have been put on alert at all Christian institutions, as there were fears of more attacks after protests across Pakistan against the Charlie Hebdo cartoons. An estimated 30,000 people protested in Karachi on Sunday (Jan. 25), shouting “Death to France” and “Death to the blasphemers.”
Similar demonstrations took place in Lahore, where 5,000 people gathered, and hundreds assembled in Quetta.

At least three people, including an Agence France-Presse photojournalist, were injured on Jan. 16 when Islamist protestors and police clashed at an anti-Charlie Hebdo demonstration outside the French consulate in Karachi.