GE delivers turbines to Egypt as part of $1.9 billion deal 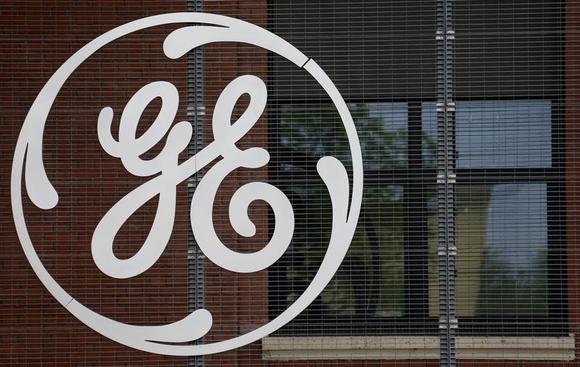 The logo of U.S. conglomerate General Electric is pictured at the company's site in Belfort, April 27, 2014.

(Reuters) -GeneralElectricCo(GE.N) has delivered a shipment of gas turbines toEgyptas part of a $1.9 billion (1.28 billion pounds) deal to boost power capacity, and will invest $200 million in a planned economic zone near the Suez Canal, the firm said on Friday.

The announcements were made at a conference whereEgypthopes to secure billions of dollars in investment after years of political turmoil, focussing on energy and the Suez Canal zone.

GE says it generates about 30 percent of Egypt's installed powercapacity

and the gas turbines will help ease the load on the overburdened energy grid ahead of peak summer usage.

GE had delivered 34 turbines toEgyptout of a planned 46 total as part of a project to provide 2.6 gigawatts of power to the grid by May 2015, the U.S. conglomerate said in a statement.

"I track this project personally. We know how important this is toEgypt," GE co-chief executive Jeff Immelt told a news conference in the Red Sea resort of Sharm El-Sheikh.

Electricity minister Mohamed Shaker said GE's delivery was part of Egypt's plan to add six gigawatts to the grid by the end of 2015, pushing total capacity to 38 gigawatts.

Shaker said 3.6 gigawatts would be provided by new power stations at a cost of $2.65 billion, with GE providing 2.6 gigawatts andGermany's Siemens (SIEGn.DE) and Italy's Ansaldo Energia providing the remaining one gigawatt.

Immelt said the value of the 46 turbines was proportional to the amount of power GE was providing from the overall 3.6 gigawatts. That would put the value of GE's turbine deal, which was signed in December, at about $1.9 billion.

The company also said it was investing $200 million in amanufacturing

and training facility in Suez City, which GE sees as part of an economic hub being built near the Suez Canal.

The Suez project, announced by President Abdel Fattah al-Sisi last August, aims to turn the canal area into an international industrial and logistics hub. In a separate scheme, the army began digging a second canal in August to allow the two-way traffic of larger ships.