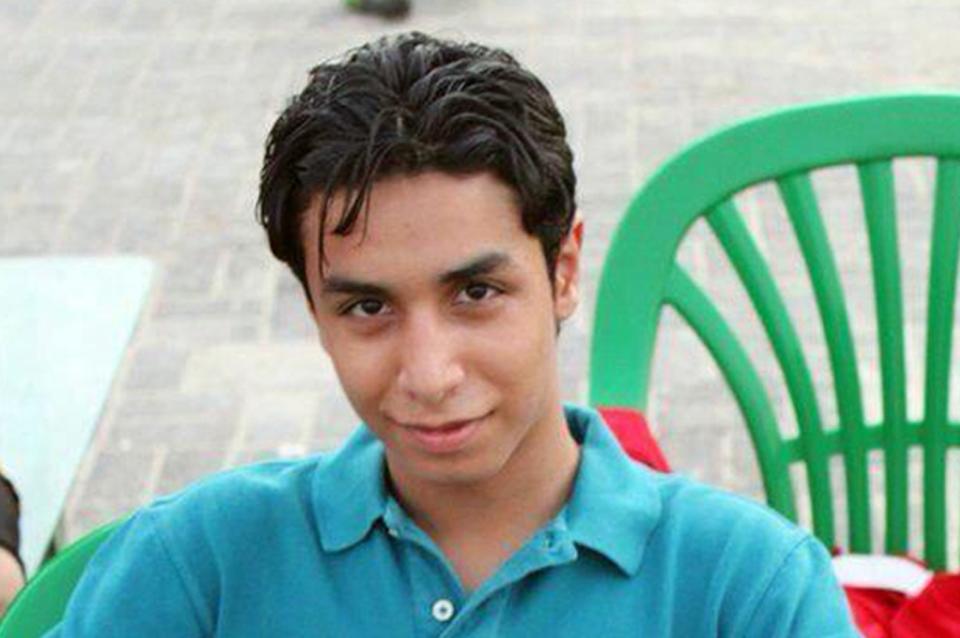 London (AFP) - The mother of a youth facing beheading for taking part in protests in Saudi Arabia has pleaded with US President Barack Obama to "rescue my son" in an interview published by the British daily the Guardian Thursday.The sentence against Ali al-Nimr, a Shiite Muslim who was only 17 when he was arrested in February 2012, has drawn international condemnation over his young age and allegations that he was tortured into making a confession.

"When I visited my son for the first time I didn't recognise him," Nusra al-Ahmed told the newspaper."I could clearly see a wound on his forehead. Another wound on his nose. They disfigured it. Even his body, he was too thin."For a month he was peeing blood," she added. "He said he felt like a mass of pain, his body was no more.

"In an interview with AFP last month, his father Mohammed al-Nimr said he hoped the king would save his son and warned that if his son is put to death the minority Shiite community could react violently.Mother Nusra al-Ahmed called the sentence -- which she said would involve her son being crucified after he is decapitated -- "backwards in the extreme"."No sane and normal human being would rule against a child of 17 years old using such a sentence. And why? He didn't shed any blood, he didn't steal any property.

"She called on Obama to exert his influence on the Saudi authorities."He is the head of this world and he can interfere and rescue my son," she said."If he carried out this act, I feel it would raise his esteem in the eyes of the world. He would be rescuing us from a great tragedy.

"The youth is a nephew of Nimr al-Nimr, a Shiite religious leader who is also on death row having been identified by Saudi authorities as a driving force behind demonstrations that began four years ago in Eastern Province.Most of Sunni-dominated Saudi Arabia's Shiites live in the east, and have complained of marginalisation.

Ali al-Nimr's father admitted that his son, then a high school student, had joined thousands of other people in the protests. But he insisted that Ali was innocent on numerous other charges including burglary, attacking police and using a Molotov cocktail.

The court sentenced Ali al-Nimr to death but gave no further details.

Execution in the kingdom is usually carried out by the sword, sometimes in public.