The Problem of Islam and the Islamic State An atheist and an Anglican offer bold solutions. 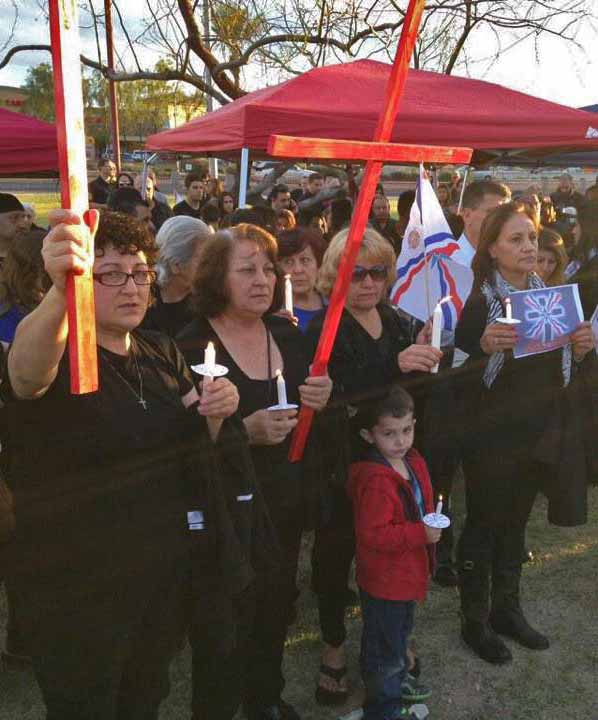 They are remarkable first because, unconcerned about political correctness, they strongly assert that anyone should do anything about either. They are also remarkable in that they fly in the face of the inertia of the majority. Few in the United States are eager to go back to war in Iraq, and few in the postmodern era are apt to critique a religion, much less have the stomach to suggest reforming one that includes widespread elements threatening to kill its critics.

But there they go again: Advocating Islamic reform by recognizing the roots of Islamic extremism in Islamic scripture and mainstream Islamic scholarship, Somali atheist Ayaan Hirsi Ali in Foreign Policy magazine once again provides, as an ex-Muslim with bona fide “insider” credentials, a brilliant, level-headed argument against those who insist that terrorists have merely “hijacked” Islam for their purposes. And in the National Review online, staff writer, attorney and Iraqi war vet David French’s appeal for Christians to call for U.S. military involvement against the Islamic State cites how a great man of peace in Baghdad is calling for war.

In calling on the church to call for war, French holds up the Anglican priest known as the “Vicar of Baghdad,” Canon Andrew White, who has lost 1,200 parishioners to jihadist violence, “including four boys beheaded and one boy sawed in half in front of his own father.”

French cites Canon White’s view on how to deal with the Islamic State: “The only answer is to radically destroy them. I don’t think we can do it [only] by dropping bombs. We have got to bring about real change. It is a terrible thing to say as a priest … I will do anything to save life and bring about tranquility, and here I am forced by death and destruction to say there should be war.”

To those voices warning that more Western (and Middle Eastern) military involvement would trigger a massive flow of jihadists into the Islamic State’s ranks and detonate a protracted and unwinnable, world “holy war,” French states that that war has already begun. He warns against “a bizarre form of not-quite pacifism that accepts the use of force, but only for national, not religious, ends.” The religious end, in this case, is preventing the annihilation of Christians in the region.

“It’s time for a sea change in the Christian response to persecution. Prayers and charity are not enough,” he writes. “It’s time for American Christians to lead, to demand a response and –crucially – to participate in the conflict … Destroy ISIS. Not just for America, but also for the church.”

As the president of the Iraqi Christian Relief Council, Juliana Taimoorazy, commented earlier this year to Morning Star News, if we’re going to end the Islamic State, a concerted effort by many countries is required to combat both Islamist ideology and jihadist militaries.

Minimizing the religious dimension of the Islamic State’s objectives is partially responsible for obscuring the magnitude of the threat. Media and political heads intent on calling the Islamist terrorists overtaking Iraq and Syria “the self-proclaimed Islamic State” aim to cast doubt not only on their statehood but their Islamism. Politicians and media also disingenuously hold that terrorists have “hijacked” Islam, but at least they do so in part as part of a strategy to acknowledge and promote moderate Islam as a preferred alternative to Islamic extremism.

Ayaan Hirsi Ali upholds a moderate Islam as key to the solution – she also has advocated Christians redoubling efforts to convert Muslims in order to reduce Islamist excesses – but notes in her Foreign Policy piece that denying the extremism foundational in Islamic scripture and tradition has produced government policy failure.

“The apologists’ position has been a complete policy failure because it denies the religious justifications the Quran and the Hadith provide for violence, gender inequality, and discrimination against other religions,” she states.

Hirsi Ali notes that mainstream Islamic jurisprudence holds that the koranic verses from Muhammad’s period in Medina commanding violence – 9:5 (slay the idolaters), and 9:29 (fight those who do not adhere to Islam), not to mention 8:60 (“strike terror” into non-Muslims as enemies) – have “abrogated, canceled, and replaced” verses from the founder’s prior, more peaceful period in Mecca calling for tolerance, compassion and peace.

“The view that the ideology of radical Islam is rooted in Islamic scripture understands fully the cause of terrorism; it takes religious arguments seriously and does not view them as a mere smokescreen for underlying ‘real’ motivations, such as socio-economic grievances,” she writes. “This school of thought understands that the problem of radicalization begins long before a suicide bomber straps on his vest or a militant picks up his machine gun; it begins in mosques and schools where imams preach hate, intolerance, and adherence to Medina Islam.”

The effort by Western governments to engage with moderate Muslims who claim to represent the real Islam eclipses any meaningful ideological discussion, she states. The ironic result is that there is no impetus or means by which to modernize fundamental Islam into the more tolerant and peaceful version they espouse.

Changing the ideology at the heart of Islam is critical. Hirsi Ali intones that war alone will not do away with Islamist violence.

“We will not win by stamping out the Islamic State or Al Qaeda or Boko Haram or Al-Shabaab; a new radical group will just pop up somewhere else,” she said. “We will win only if we engage with the ideology of Islamist extremism, and counter the message of death, intolerance and the pursuit of the afterlife with our own far preferable message of life, liberty, and the pursuit of happiness.”

Morning Star News is a 501(c)(3) non-profit corporation that relies solely on contributions to offer original news reports of persecuted Christians. By providing reliable news on the suffering church, Morning Star News’ mission is to empower those in the free world to help and to encourage persecuted Christians that they are not forgotten or alone. For free subscription or to make tax-deductible donations, contact This email address is being protected from spambots. You need JavaScript enabled to view it., or send check to Morning Star News, 34281 Doheny Park Rd., # 7022, Capistrano Beach, CA 92624, USA.