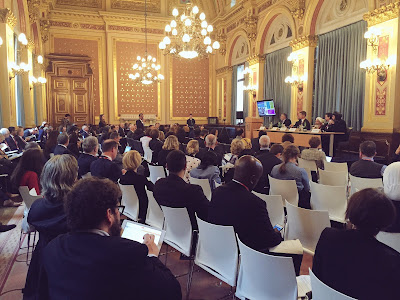 The Foreign Commonwealth Office (FCO) hosted a ground-breaking 2-day summit 19-20 October which brought together more than 50 expert speakers, including His Grace Bishop Angaelos, and over 170 participants from 38 countries, to explore how the promotion of Freedom of Religion or Belief (FoRB) can help prevent violent extremism.

In the opening address during the conference, FCO Minister for Human Rights, The Rt Hon. the Baroness Anelay of St Johns DBE, said:

“Freedom of Religion or Belief is fundamental to a successful society. It builds resilience against the prejudice, discrimination and persecution that not only prevents a society from achieving its full economic potential but also leaves it vulnerable to extremism.    That is why it is so important that we work together now to put freedom of religion or belief at the heart of our effort to prevent violent extremism.”

In his address, His Grace Bishop Angaelos, General Bishop of the Coptic Orthodox Church in the United Kingdom, said: 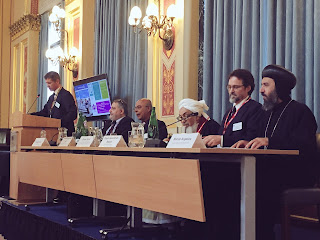 “It is time for us to rethink the dynamic and the way in which we communicate because the world is no longer a place in which politicians, religious leaders, civil society, and NGOs should function separately. Nor is it a place that can allow for any nationalist agenda to override the human right. We all need to work in collaboration to present a nuanced understanding of who we are as today’s international community.”

Highlighting the importance of respecting people of all faiths and none, Bishop Angaelos continued:

“We cannot speak of regions as being religious. A religion is something that we live by and does not define geographic borders. We must also push beyond the understanding of tolerance, because as a Christian, I cannot accept ‘tolerance’ as my benchmark; the Scriptures actually call us to love, respect, honour, and forgive indiscriminately. As religious leaders we need to support one another in advocating for people of faith and, indeed, of no faith.” 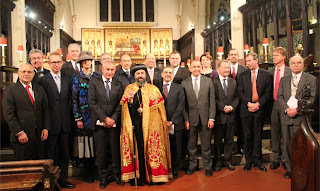 Following the FCO conference, over 100 participants joined the Coptic community at the annual Nayrouz service in St Margaret’s, Westminster Abbey on 20 October 2016. FoRB was highlighted during the sermon by Bishop Angaelos and messages received from His Royal Highness the Prince of Wales, Prime Minister Theresa May, and the Most Rev. and the Rt Hon. the Archbishop of Canterbury. Issues of FoRB were also raised in addresses delivered byHE Ambassador David Saperstein, USA Ambassador-at-Large for International Religious Freedom, The Lord Alton of Liverpool, HE Ambassador Nasser Kamel, Ambassador of the Arab Republic of Egypt to the United Kingdom, and The Lord Bourne of Aberystwyth, Parliamentary Under Secretary of State for Wales and Parliamentary Under Secretary of State for Communities. [Read full report containing quotes and photographs HERE].

In 2015 Bishop Angaelos was conferred the honour of Officer of the Most Excellent Order of the British Empire for ‘Services to International Religious Freedom’ by Her Majesty The Queen.

Posted by The Coptic Orthodox Church Centre at 13:29